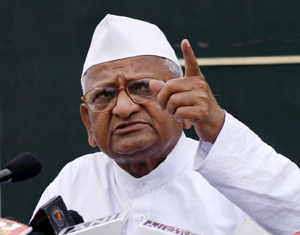 PUNE: A day after the Lok Sabha passed amendments to the Right to Information (RTI) Act, social activist Anna Hazare on Tuesday accused the Union Government of betraying Indian citizens through the move.

On Monday, the Lok Sabha amended the RTI Act that allowed the Centre to prescribe the term of office, salaries,

as per the original RTI Act.

“India got the RTI Act in 2005 but with this amendment in the RTI Act, the Government is betraying the people of the this country,” he said. (AGENCIES)