JAMMU, Sept 17: Vice president BJP Minority Morcha, Dr Nahida Sheikh Zafar today complimented the Prime Minister, Narendra Modi and Union Home Minister, Amit Shah for integrating the Jammu, Kashmir and Ladakh fully with Indian Union by removing the controversial Articles 370 and 35 A from the State.
Dr Nahida who was on tour of Jammu region while talking to reporters at party headquarters here, said that J&K issue was hanging in balance for decades together but Prime Minister, Narendra Modi mustered courage and removed the controversial articles which had taken State to separation. Click here to watch video
Maintaining that J&K is the crown of India, she said some dynastic rulers for their vested interests tried to separate the State from the country by sowing the seeds of secession but Modi Government with timely action made it a fully integrated part of the State by frustrating the designs of dynastic parties.
She said in real sense democracy has prevailed in the State from the day the Article 370 was abrogated and added that it was the result of the sacrifice of former Jana Sangh president, Dr Shyama Prasad Mookerji who led a movement in 1953 for total integration of the State with rest of the country.
Dr Nahida said the slogan of former Prime Minister, Atal Behari Vajpayee ‘Insaniyat, Jumhooriyat and Kashmiriyat’ also bore the fruit as the J&K has been now fully integrated with Indian Union.
The Muslim Morcha leader appealed people of J&K to visit entire India as it is their own country like other Indians. She said that with total integration of State with India the monopoly of dynastic parties has ended and corruption will also be rooted out from the State. Besides, those forces who did injustice with the people of the State will be punished, she added.
Dr Nahida said under the new arrangement in the State, J&K’s prestige will be restored and she exuded confidence that normalcy in Kashmir will also be restored soon. She said that in some places in Valley the normalcy has already been restored and people are doing their routine business.
She said Kashmiris are also happy with the decision and they too want change. The youth of the State are happy with the decision and they have welcomed it. They are not bothered for the politicians who misled them for decades together but want jobs and education, she added.
She said the people of the State have developed faith in the BJP and they are in large numbers joining the party. In response to a question that people of Jammu want separate State, she said that she does not want to react to this question and every thing will be decided by time. 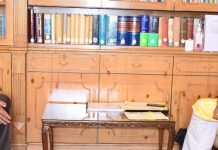 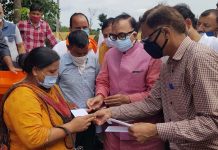 Kathua to come up as big industrial growth centre of J&K: Union Minister 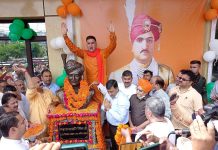 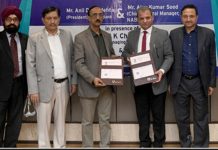 NABARD signs MoU with JK Bank for financing of JLGs 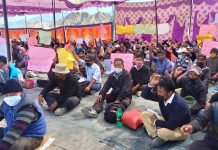 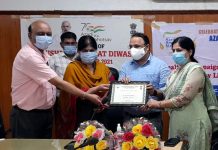 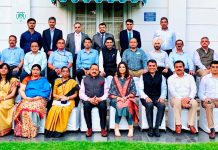 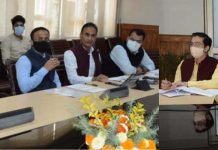 COVID related trainings for health professionals to be intensified: CS 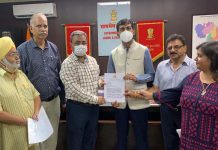 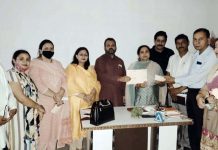 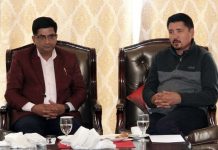