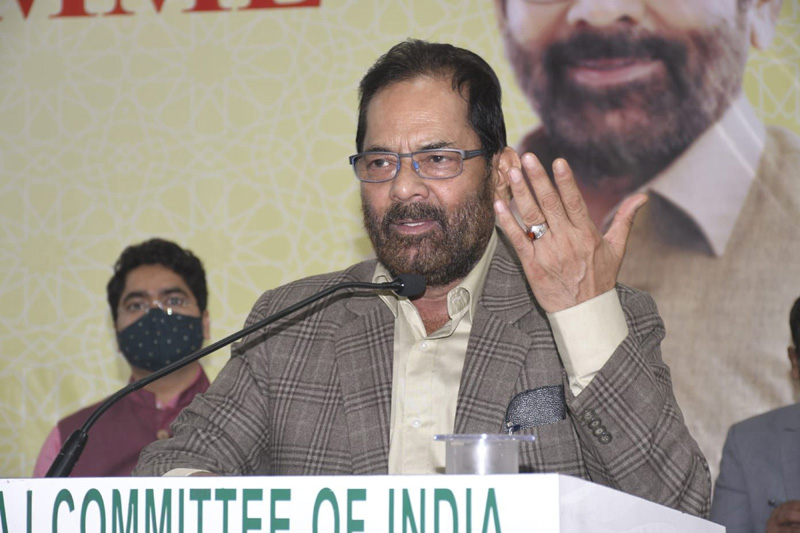 NEW DELHI, Feb 3: Union Minister for Minority Affairs Mukhtar Abbas Naqvi on Thursday said the credibility of the Prime Minister’s Office was established during seven years of NDA Government and alleged that until then the Prime Minister used to take advice from somewhere.
Eight years back the Indian PM used to take advice from somewhere else and the PMO also used to be run from there, he said in the Rajya Sabha during a debate on the motion of thanks on the President’s address.
The country has witnessed changes on the ground because of a determined Prime Minister and not a “compelled one”, Naqvi said, in an apparent attack on former Prime Minister Manmohan Singh.
Because of the determined Prime Minister, the security and safety of the country is intact.
He alleged that there was culture of cut, commission and corruption in the UPA Government and this had ended.
Rebutting Rahul Gandhi for his two Indias remark in Parliament on Wednesday, he said if the Congress wants to understand India and its culture, there is a need to get out of the hangover of “India is Indira and Indira is India”. Politics is no longer confined to one family but it is based on progress and hard work, Naqvi added. Taking about VIP culture, he said the Modi Government has ended the red beacon culture and the weeks as well as months of terrorists and blasts have ended since the Modi Government took power. (UNI)