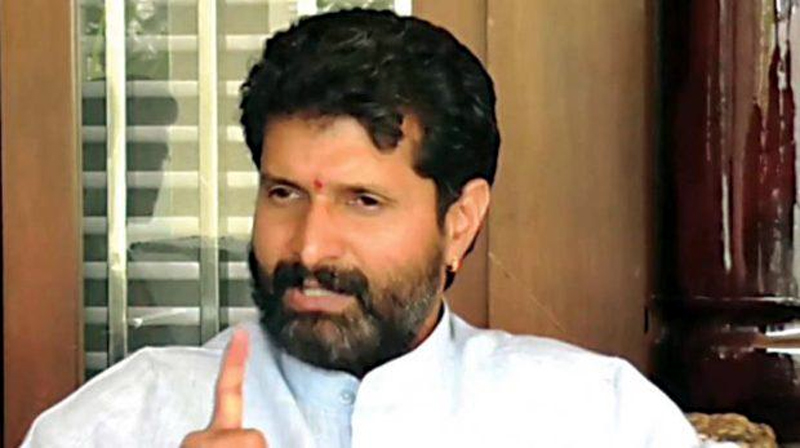 BENGALURU, Dec 3:
Hitting back at Congress for its choice of words against Prime Minister Narendra Modi, BJP national general secretary CT Ravi on Saturday said only the corrupt and anti-nationals see the PM as “Bhasmasura”, but for the people of the country Modi is “Lord Narayana”.
Addressing reporters here, the BJP leader said, “PM Modi is against the corrupt and anti-nationals so for them he’s ‘Bhasmasura’ but for countrymen, he’s like Lord Narayana. PM Modi is in power to ‘bhasma’ (burn and turn to ashes) the corrupt.” Former Congress MP VS Ugrappa on Friday called PM Modi “Bhasmasura” just days after his party chief Mallikarjun Kharge described the prime minister as “Ravana”.
Ravi also said that leaders like Siddaramaiah call Rashtriya Swayamsevak Sangh (RSS) communal.
“Leaders like Siddaramaiah call Hindutva and nationalist leaders like me communal and people like Dawood Ibrahim secular. They call RSS communal and communal people secular. It is Congress’ mentality,” said Ravi.
“Congress can give a certificate to Dawood Ibrahim for being secular,” he added.
Even in 2020, Ugrappa created a controversy by calling PM Modi a “Bhasmasura” and Union Minister Amit Shah “Shani”.
“Now all of a sudden without solving the core issues like economy, unemployment and poverty, the BJP ad Sangh Parivar are trying to project only emotional issues. They are diverting the attention of the people. So ultimately it will be a curse on the society and this is the reason why I call them (Shah and Modi) Shani and Bhasmasur,” he had said.
Ravi also spoke about the Maratha-Kannadiga issue, and said: “Cultures of people in Maharashtra and Karnataka are not very different. We are the same. There’s a relationship between Marathas and all struggle should be kept aside.”
As per media reports, the Karnataka-Maharashtra border dispute is a long-running one that started back in 1953, after the Maharashtra government objected to the inclusion of 865 villages including Belagavi.
After the implementation of the State Reorganization Act, of 1956, the Maharashtra government demanded the readjustment of its border with Karnataka. The case is pending in Supreme Court. (ANI)