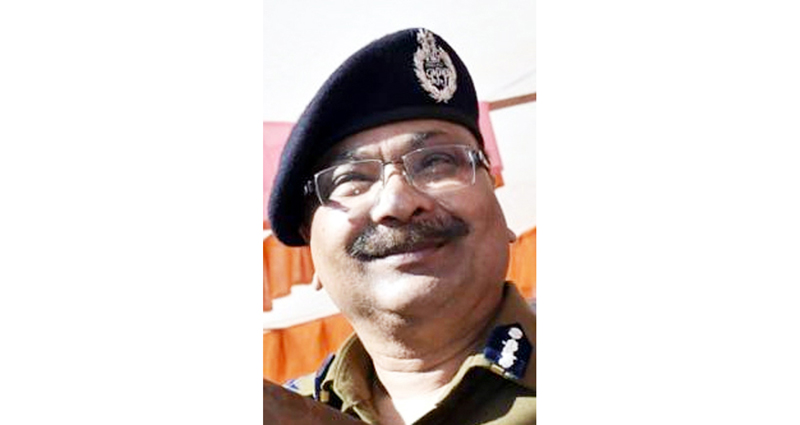 JAMMU, Dec 3: Director General of Police Dilbag Singh today said the chapter of Pakistan-sponsored terrorism is closing in Jammu and Kashmir but the drug menace has now emerged as a “bigger enemy” and needs to be defeated by collective efforts.
Singh said around 1200 cases related to drug trafficking have been registered and 2000 accused arrested in the Union Territory this year so far, indicating the magnitude of the problem.
Accompanied by Additional Director General of CRPF Daljit Singh and Additional Director General of Police, Jammu zone, Mukesh Singh, the Police chief was on a day-long tour of Doda-Kishtwar-Ramban range and chaired a joint officers meeting at Army’s Delta Force headquarters at Dharmund to review the security scenario of Doda region.
“The chapter of terrorism is by and large closing and the success for it goes to the people of Jammu and Kashmir,” the DGP said, addressing a gathering at the closing ceremony of a cricket tournament organized by police in Doda district.
The DGP emphasized upon the youth to spread the message of drug free society and said “drug abuse is a bigger enemy, than terrorism today.”
“Terrorism targets individuals but drugs affect the families and society as a whole. We all have to work collectively to put an end to this menace,” he said.
The police chief said like terrorism, the source of spreading the menace of drugs in J&K is Pakistan which has an evil intention to destroy the youth and generate funds for terror groups.
“As new persons are getting involved in the illicit trade of drugs it is the duty of every citizen to identify these persons and help the police in taking action against them,” Dilbag said.
He said Jammu and Kashmir Police is taking stringent measures against the drug trade which is evident from the fact that around 1200 cases have been registered and 2000 persons involved have been arrested during the year so far, indicating the magnitude of the problem.
Going down the memory lane, the DGP referred to his tenure as SSP Doda and said despite difficult circumstances, people of the area always stood for peace.
“Pakistan and its agencies are continuously making attempts to revive the terror base here by misguiding the youth. Everyone has to play a role in thwarting anti-peace elements,” the DGP said, adding “he smiling faces of youth today indicate the return of good times in the area.”
He hoped that youth would provide their support in strengthening the peace further.
Chairing a joint review meeting at Delta Force headquarters where he was received by its General Officer Commanding Maj Gen Ajay Kumar, the DGP emphasized for enhancing synergy between the forces and for putting in joint efforts in eliminating the remaining terrorists in J&K.
Threadbare discussion was held regarding the present security scenario and existing challenges at the meeting, a police spokesman said, adding the officers also discussed security measures along Jammu-Srinagar national highway.
Counter measures for narco trade and weapon dropping was also discussed during the meeting
Maj Gen Kumar briefed the DGP regarding the measures taken by the counter terrorism grid in Doda, Kishtwar and Ramban areas, the spokesman said.
Earlier, Dilbag Singh inaugurated a checking plaza at Banihal near Navyug Tunnel which will provide a separate checking place for Kashmir based vehicles and will help in smooth traffic management in Banihal particularly near the Navyug Tunnel.