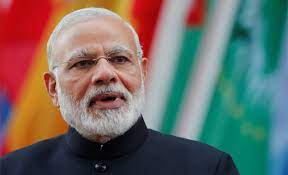 Tarun Chugh
Punjab, the sword arm and the breadbasket of the nation, has seen many leaders, including Dr Manmohan Singh, the two-time prime minister, coming from the state to contribute whatever little they could to the plight of the state and the Punjabis.
But the turning point came in 2014 when Narendra Modi took over as the prime minister of the country after which a visible change in the Centre’s approach can be seen towards Punjab and Punjabis-be it in the policies of the Centre or the personal touch for the sentiments of the Punjabis or healing the long- term pains and issues of the Punjabis.
Modi has demonstrated special love, affection and tilt towards Punjab, Punjabis and Punjabiat. He has always praised the contribution made by the Punjabis in the nation making, particularly that of the valiant Sikh-community.
In one of the addresses in Parliament (February 8, 2021) he eulogized that India can never repay the debts of the Sikhs and the sacrifice made by this community in its history and every Indian is proud of the Sikhs. His love and special relationship with Punjabis and Sikhs was born and evolved when he was the party in-charge of the affairs of Punjab where he worked in close quarters with the Sikh leaders and stalwarts like five-time CM of Punjab Parkash Singh Badal and many others.
How much love and respect he has for Punjab and Sikhs can be gauged from the fact that he hailed Badal as the Nelson Mandela of India. Who could forget the picture of the prime minister publicly touching the feet of Badal, when the NDA government was sworn-in, to pay tribute and respect to the contribution Badal had made to nation-building and to the Punjabis.
This respect and love is not only reflected in the actions, speeches and narratives of the Prime Minister but also in the policies followed by the Modi Government.
The long-standing demand of Punjabis was justice to the Sikhs who were massacred in 1984 in various parts of India following a state- sponsored mayhem.
The epicentre of this massacre was Delhi where Congress leaders led the mob and killed our innocent Punjabi brethren22 in one of the most shameful and cowardly attack on Punjabis since 1947. The Modi-Government formed an SIT (Special Investigative Team) to bring to justice the perpetrators of this heinous crime for a regular and responsible follow-up of legal process. The main accused, who was one of the kingpin of the massacre and a key leader of Congress, Sajjan Kumar, is today behind the bars and there are many more others like him in the line for punishment.
Justice is delivered after 35 years, that too when the whole entrenched system was there to protect the accused. What the eight successive governments could not deliver leaving the sufferers hopeless and distraught; the Modi government served them as its duty towards the sufferers.
Also, monetary compensation for the aggrieved families was sanctioned only after the personal monitoring of the Prime Minister.
Close to 50,000 Punjabis, particularly the Sikhs, who were living a life of wanderers and without any state-hood following political asylum during the black days were given passport by the Modi government. Even the infamous black list created by the earlier governments in the Centre to witch-haunt the youth was done away with.
As a respect to the Sikh gurus and the Sikhs the prime minister took a historic step by opening the Kartarpur Corridor. Not only the Corridor was opened but the whole project was given a world-class look.
The 550th birth anniversary of Guru Nanak Dev Ji was celebrated as an international event by the Modi government. A commemorative coin of Rs 350 to mark 350 birth anniversary of our 10th Guru Gobind Singh Ji was released at his birthplace at Patna.
Recently, paying rich tributes to the tenth Sikh Guru on the occasion of Parkash Purab of Sri Guru Gobind Singh Ji, in a befitting tribute to the courage and sacrifice of the two sahibzadas of the Guru, December 26, the day they sacrificed their life, was declared nationally to observed as ‘Veer Baal Diwas”.
We must not forget the humility with which he withdrew the agriculture Laws and the occasion on which he withdrew clearly speaks of the love he has for Punjabis and the Sikhs. Probably, we have a Prime Minister who is the most Punjabi in his heart!
(The writer is BJP National General Secretary) 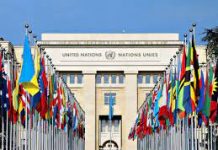 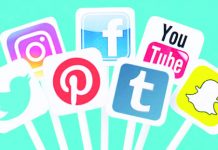 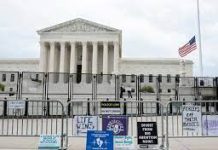 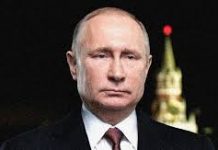