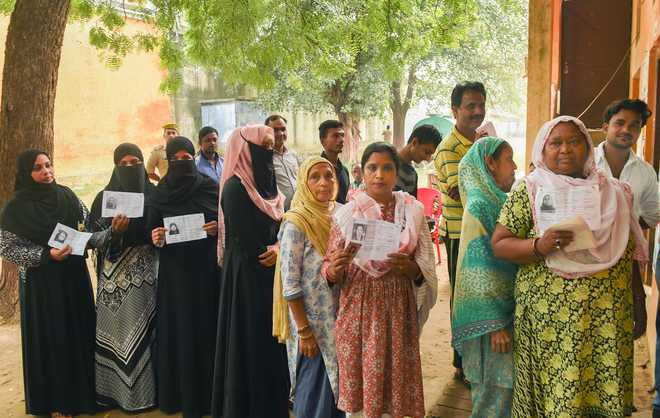 LUCKNOW/KOCHI: A moderate turnout of nearly 57 per cent was reported on Monday in the bypolls to 51 assembly seats and two Lok Sabha constituencies spread across 18 states, while voters braved heavy rains in Kerala where streets were inundated and water entered some polling booths.

Uttar Pradesh saw a low voter turnout of 47.05 per cent in 11 assembly seats. Gangoh in Saharanpur district saw a high of about 60.30 per cent voting while Lucknow Cantonment assembly seat witnessed the lowest at 28.53 per cent in the state.

The overall voting percentage in the bypolls to 51 assembly seats was nearly 56.84 per cent, the Election Commission said while releasing data available till 7 pm, adding that the polling passed off peacefully.

The bypolls to the five assembly constituencies in Kerala were marred by heavy rains, especially in Ernakulam, as voters waded through water-logged roads to exercise their franchise and water seeped into some booths on Monday. (AGENCIES)