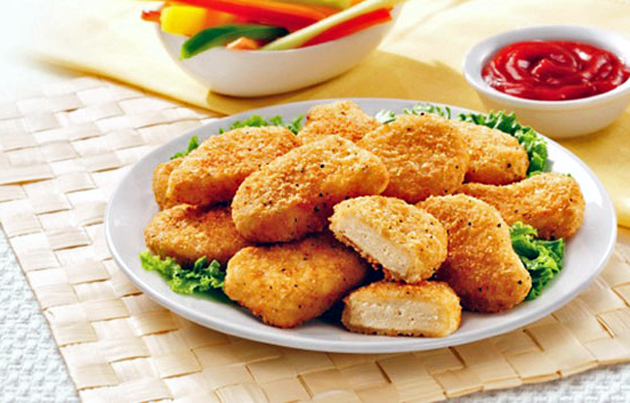 Thousands of years ago, Chinese Buddhist monks started experimenting to create food that tasted like meat but was not. Then the Rajput women of Rajasthan started doing the same to keep their husbands satisfied and yet vegetarian. The Beatle Paul McCartney’s wife became vegetarian and realized that she could not convert the world by simply talking or even setting an example. She had to give an alternative.
Meat is a drug. To wean people off it, they had to have something that was chewy and tasted like it. The taste was the easy part – after all, all the taste of meat comes from the spices and oils it is cooked in. The chewy part needed a similar sort of plant or grain. She came up with a range of dishes, mock meats that tasted like steak, sausages, chicken, beef … everything that you could want. It started off a trend and many other mock meat factories came up all over UK and Europe. Today the sales run into billions – and the main buyers are not vegetarian but meat eaters.
Mock meats have finally come to India. My sister serves it to meat eaters at parties. Not one person has been able to tell the difference and when they turn to her and ask her, why, as a vegetarian she is serving meat, she gleefully tells them it is mock meat.
I recently met Marianne Thieme, a lovely young lady who is the Member of Parliament in Holland of the Party for Animals. Her husband has a factory which makes mock meats. He has several times secretly entered his products into competitions for best meat dishes – from hamburgers to steaks. In every competition he has been placed in the first three – even though his product has nothing to do with meat!
Mock meats are healthy and protein based. They contain very little cholesterol and fat. But new vegetarians miss the chewiness of meat the most. So that is what mock meats strive to get. The neutral taste of the ingredients makes it easier for cooks to give it the taste of real meat. Vegetarian meats are based on centuries-old recipes for seitan, rice, mushrooms, legumes, tempeh, soya, or pressed-tofu, defatted peanut flour, with flavouring added to make the finished product taste like chicken, beef, lamb, ham, sausage, seafood, etc. Wheat gluten or Seitan is the most cost effective and most simple raw material for producing vegetarian sausages, burgers, nuggets, schnitzel as well as minced meat. The simple production method gives rise to a consistency which is remarkably similar to the stringy fibres that make up the consistency of meat. Tofu is made by adding a coagulant to soya milk and compressing the resulting protein solids until the required consistency is achieved. Tofu is easily digested and contains all essential amino acids. It is one of the healthiest foods in the world. Soya meat  is extremely rich in protein- over 50%. Tempeh is made by the controlled fermentation of cooked soya beans with a Rhizopus mould to become a compact cake which has many B vitamins, high protein content. Quorn is an innovation from the English company Marlow Foods. It is made from a fermented fungus which is processed and textured to produce a food which can be easily mistaken for meat. Quorn products include steaks, burgers, chicken breasts as well as sliced meats. The seeds of sweet lupines is used by companies, like Meatless, for vegetarian meat. Remis Algen uses algae and, Fresh’shrooms used mushrooms. Pro Viand uses rice protein or pea protein. Beyond Meat, a company based in California, has developed a process for soy and pea. The resulting product bears a close resemblance to chicken meat and people like Bill Gates have invested in it.
What is wrong is that mock meat is not available. Because it is not easily available, it is difficult to spread awareness about the product. Abroad, you can buy mock meat in all food stores. Not so in India. We are the last country in the world to have introduced them – probably because there is so much variety in our vegetables and cereals. But I think the time has come for this form of meat to be everywhere, because vegetarians in India are turning meat eaters alarmingly fast. The amount of meat eaten yearly by the world has jumped by 10% since 2008 and international agencies are saying that this is due to India’s sudden passion for flesh.
Vegetarianism brings a lot of magic with it. Because till recently most of India was vegetarian, there is a huge flow of magic – gurus, gods, miracles – whatever the source, the point is that India seemed closer to the heavens than other countries. But, as people start eating meat we will become as ordinary as any other country. Perhaps we could get our newly misguided non vegetarians to switch to mock meat. Many of them are doing it because they think it is fashionable. It is even more fashionable to eat mock meat because you get the best of both worlds without causing any pain and partaking in any cruelty. After all, food that doesn’t take an arm and a leg is good for you.
There are several retailers of mock meats. One is Big 5 Health Food which distributes Fry’s mock meats. They are doing very well. Godrej Nature’s Basket, that stocks ready-to-make mock meat products, says that mock meats are more popular with meat eaters. Yasmin and Harish Jadwani of Ahimsa Foods set up a mock meat plant in Delhi in 2009. Chicken sausages, ham and salami are the best sellers.
( To join the animal welfare movement contactgandhim@nic.in,www.peopleforanimalsindia.org)