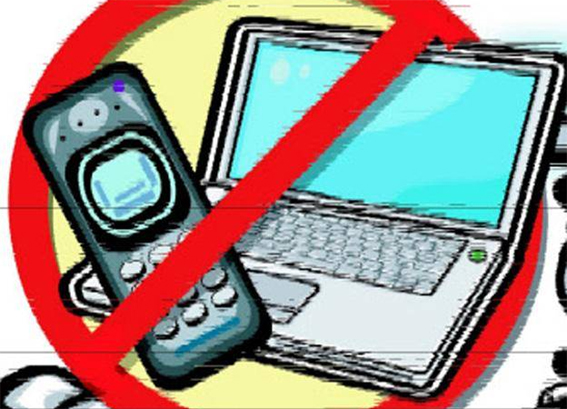 SRINAGAR : Mobile internet service of all cellular companies, including Bharat Sanchar Nigam Limited (BSNL), remained suspended for the fifth day today in the Kashmir valley, where authorities had apprehension that the facility would be used to spread rumours.
The mobile internet service was suspended immediately after top commander of Hizbul Mujahideen (HM) Burhan Wani and two other militants were killed in an encounter with security forces in Kokernag in Anantnag district on July 9 evening.
However, snapping of mobile internet had badly affected professionals, doctors and students.
The mobile service and Broadband and other fixed line internet service besides Short Message Service (SMS) service were functioning normally. Cellular companies, including BSNL have snapped internet service following orders by the authorities to them for security reasons, official sources said.
They said there was apprehension that mobile internet service would have been misused to spread rumours on social media to disturb the situation in the Valley.
Suspension of mobile internet service has badly hit the professionals, including doctors, journalists, students and those involved in medical transcription.
Doctors and students were also the worst hit because of non availability of of mobile network.
Mediapersons, who completely depend on mobile internet service, alleged that they had to stay in offices where the broadband or point to point mobile network is available.
In the past also, mobile service of all companies was being snapped as a precautionary measure for security reasons. In 2008, SMS service on pre-paid mobile connection was suspended to curb spread of rumours through bulk SMS. However, the service was later restored after about a year only to ban it again in 2010.
In 2010, the government had banned news on local cable network when more than 120 people, mostly youths, were killed in security force and police firing during ”pro-freedom” demonstrations in the valley. Mobile, Short Message Service (SMS) and mobile internet services were also suspended. However, mobile, SMS and internet services were later restored but ban on telecast of news on local cables continued. Students and professionals, including doctors and media persons, were among the worst hit due to snapping of internet mobile services. (AGENCIES)