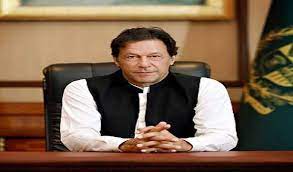 Islamabad, Dec 21: Prime Minister Imran Khan on Tuesday said Pakistan Tehreek-e-Insaf (PTI) party lost the first phase of local government elections in Khyber Pakhtunkhwa (KP) province because it “made mistakes”.
Khan tweeted: “PTI made mistakes in 1st phase… and paid the price. Wrong candidate selection was a major cause.
“From now on I will personally be overseeing PTI’s local Government election strategy … across Pakistan. PTI will come out stronger.”
The local Government elections in Khyber Pakhtun khwa province were held on December 19 across 17 districts of the province. The elections here has been conducted after a gap of six years.
The counting of votes began on Monday.
The opposition parties, especially the JUI-F, have taken the lead in the local body elections leaving PTI behind, Geo TV quoted unofficial results as stating.
PTI could win only one out of six tehsils.
The JUI-F took a definitive lead in the election for the post of Mayor of Peshawar.
According to ARY News, JUI-F’s Haji Zubair bagged 62,388 votes against 50,659 votes of PTI’s Rizwan Bangash.