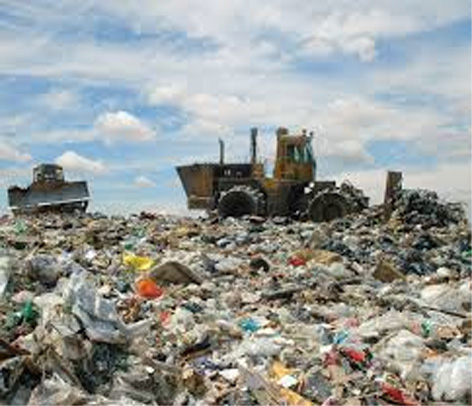 Urban Local Bodies are as much responsible as is the Housing and Urban Development Department in leaving the important issue of management of solid waste to sheer chance and gamble resulting in the absolute touchdown of any better , lasting and scientific disposal . Any measure taken in this respect has two vital aspects in so far as management of solid waste is concerned, one- it should be purely on modern and scientific manner and two- it should be on a permanent basis. Do we not expend more time in attending to preliminaries, formalities, paper work and series of meetings and the like in a bid to resolve an issue like the one under reference but when it is the ultimate thing of implementation , it is usually a damp squib. Delivery , application and execution of plans, decisions and resolutions keep on scrambling and finding ways with great difficulties but not without passage of considerable time . It could be said that several decisions , for instance, an important one taken by the Advisory Board in the case under reference for better management of solid waste,continue to remain confined to the papers and files only.
It may be recalled that an Advisory Board headed by Administrative Secretary of the Housing and Urban Development Department was constituted by the Government in the year 2017 primarily to ensure implementation of Solid Waste Management Rules in letter and spirit. The directions of the National Green Tribunal in this regard too were mandatorily to be implemented across the UT of Jammu and Kashmir , all in a time bound manner. It is fairly known that solid waste is generated everyday and needs to be managed in a way that it reduced rather eliminated the adverse impacts of waste materials on human beings , on their health and protected environment . This all was necessary for supporting economic development and better quality of life of the people. In this pursuit, all those officers comprising the Board were to give their advice to the Government for taking such measures that were necessary for expeditious implementation of the set rules. What is the use of taking lot many decisions which were not followed closely for implementation? Who was, in fact, taking the issue quite casually other than the Housing and Urban Development Department which has to set in motion the implementation of decisions through the Municipalities and perform its supervisory role. The result is garbage and other waste material seen getting rotten at many places causing air pollution and water pollution at those places where it was dumped near the water bodies. Pertinent to note that though many Municipal bodies have identified landfill sites, however, continue to be not utilized and there was no coordination between the Housing and Urban Development Department and the Urban Local Bodies. Process of identifying and disposals of bio-degradable waste and non- bio- degradable waste still remains to be implemented. Open burning of waste material on roads and in lanes and in morning hours was adding to the health problems of the people towards which no attention was being paid.
A system of checks and balances in the instant case is missing in that no periodic reports in respect of the status of implementation process of the waste management are sent to the Jammu and Kashmir Pollution Control Board in the prescribed format and therefore, Directors of the ULBs appear to be ignorant of the Solid Management Rules 2016. What is needed rather desperately is feeling serious about the task of proper scientific and lasting management of solid waste. Efficient and economical refuse collection , recycling and then proper disposal services about the solid waste management is what should be seriously aimed at across the UT of Jammu and Kashmir without losing any further time so that any damage to the environment including land and water pollution , choking and obstruction of drains and loss of biodiversity could be arrested. We have the potential , promise and proficiency in abundance but will to do and do it in innovatively scrupulous way needs really a fair toning up exercise.

SC’s initiative merits due regard

Appointment of Ombudsman for ULBs and PRIs