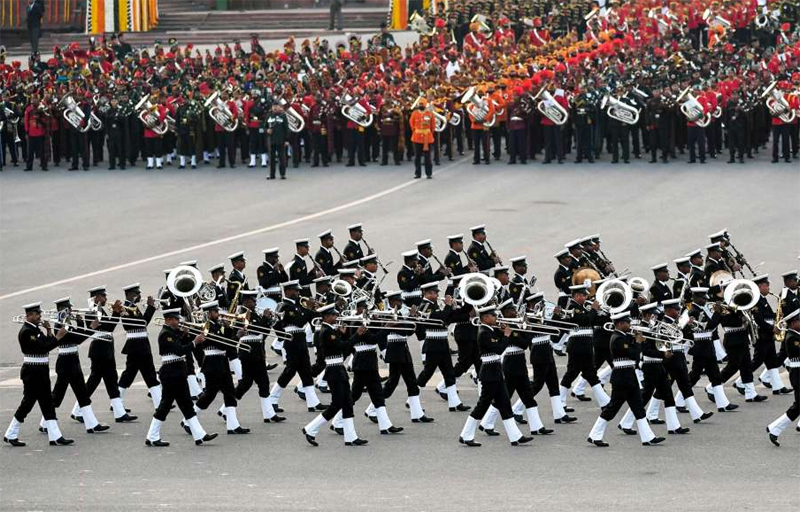 NEW DELHI, Aug 5: In a first, military bands will perform for a fortnight across the country ahead of the Independence Day celebrations on August 15, officials said on Wednesday.
The bands of the army, navy and police have performed at Porbandar, Hyderabad, Bengaluru, Raipur, Amritsar, Guwahati, Allahabad and Kolkata so far, they said.
“The performances are intended as gestures of gratitude and appreciation of the nation towards the corona warriors who have been steadfastly fighting to stop the spread of the coronavirus in the country even at the risk of their lives,” the Defence Ministry said in a statement.
The military bands are, for the first time, celebrating Independence Day by displaying their performances across the country, during the fortnight beginning August 1, it said.
The military and police bands will perform on Wednesday afternoon at Vishakhapatnam, Nagpur and Gwalior.
On August 7, military bands are scheduled to perform in Srinagar and Kolkata. The tri-services band will be giving three performances in Delhi, one each at Red Fort, Rajpath and the India Gate on August 8, 9 and 12 respectively.
“Military and police bands will also perform in Mumbai, Ahmedabad, Shimla and Almora on August 8; in Chennai, Nasirabad, ANC (Andaman & Nicobar Command) Flag Point and Dandi on August 9 and in Imphal, Bhopal and Jhansi on August 12,” the statement said.
The final performances in the series will be held on August 13 in Lucknow, Faizabad, Shillong, Madurai and Champaran, it said. (PTI)