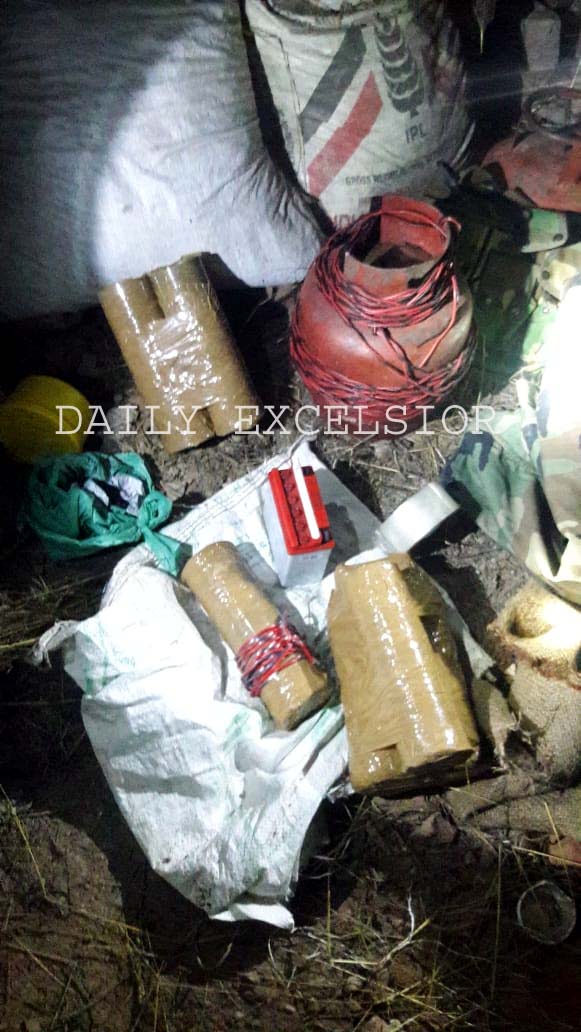 Excelsior Correspondent
JAMMU, Nov 19: Security forces busted a hideout in forest area of Surankote and recovered seven Improvised Explosive Devices ( IEDs), a wireless set and a medium gas cylinder.
Official sources said that on the basis of some inputs provided by the villagers, the security forces launched operation in Dara Sangla area of Surankote today and busted a hideout of militants. Ultras had taken shelter in an abandoned Dhok at the higher reaches.

While the ultras managed to slip away, the troops recovered 7 IEDs, some detonators, a wireless set and a gas cylinder from the hideout. An IED was also defused by the ROP in Poonch area this morning, averting possible tragedy.
Sources further said that no militant could be traced or intercepted till now and further search operation was in progress in upper reaches of Surankote area.