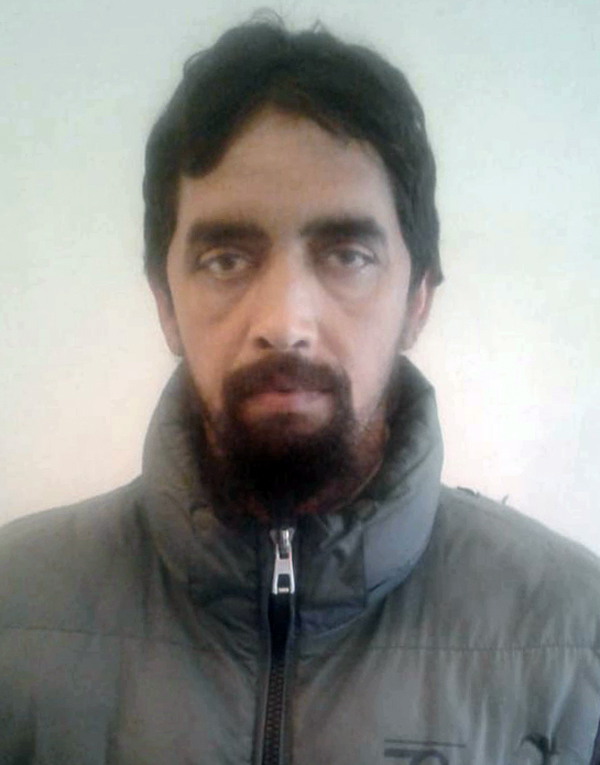 Excelsior Correspondent
JAMMU, Dec 16: Kishtwar police today arrested another militant, who was wanted in connection with a terror module as well as ISI network and was evading the arrest since July this year. He was arrested minutes before he was scheduled to solemise marriage with a local girl.
He has been identified as Zahoor Ahmad Kamal alias Nika Kamal son of Wali Mohammad R/o Kamal Mohalla, Kishtwar.
SSP Kishtwar Rajinder Gupta told the Excelsior that Nika Kamal was arrested during a well-knit and professionally executed operation from a hideout in Kishtwar. With his arrest, all five militants and Over Ground Workers, who were part of a terror module, which was busted in July this year, have been arrested, he said.
The militant was trying to reach village Bassar Kund in Kishtwar, where he was scheduled to enter into wedlock with Nahida Bano D/o Ghulam Nabi Baaza, a resident of Semina Colony, Kishtwar, Gupta said.
The marriage plan of the militant was foiled.
Nika Kamal was also involved in a bank dacoity of Rs 1 crore in which he had earlier also been arrested but was bailed out.
The arrested militant had supplied one pistol, grenades, three magazines of AK-47 and 90 rounds to another militant, Rameez Ahmed, Gupta said, adding that he had also promised weapons to recently arrested ISI agent in Kishtwar, who had supplied videos and photographs of strategic installations to ISI officers and Harkat-ul-Mujahideen commanders.
The SSP Kishtwar said Nika Kamal had also taken money from the ISI operative for giving him weapon. However, he was not in possession of weapons when he was arrested, he added and said the arrested militant was being subjected to sustained interrogation to ascertain whether he had dumped weapons somewhere.
Further investigations in the case were on, Gupta said.