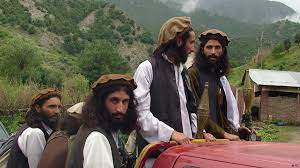 Islamabad, Aug 12: Militancy appears to be returning to the Swat Valley in Pakistan, the media reported on Friday.
“The ghosts of the past are coming back to haunt the residents of Swat Valley,” the Dawn newspaper said in an editorial, detailing some of the militancy-related events in the region.
“Several recent incidents indicate that militants are reasserting themselves in the area and have become emboldened enough to commit brazen acts of violence that hark back to the bad old days.”
Last week, PTI MPA Malik Liaquat Khan was seriously injured and three others were killed in Lower Dir when a vehicle in which he was travelling came under attack from militants.
A few days later, a video surfaced on social media showing a man claiming to be a member of the TTP interrogating a Pakistan Army Major whose hands had evidently been tied behind his back and asserting that the militants had taken him and two others hostage.
A tribal assembly later successfully negotiated the release of the captives, the daily noted.
“These are highly disturbing indicators that have alarmed the people, many of whom turned out in various parts of (the province) to protest against the resurgent Taliban,” the Dawn said.
“A revival of the horrors witnessed during the years when the TTP’s Swat chapter led by Mullah Fazlullah ? who was later to become the TTP emir ? was in control of the area cannot be countenanced.
The writ of the state is again being tested, the Dawn said, adding that “this time the authorities must not allow violent extremists a comeback”.
(UNI)