Beleaguered president’s show of strength on ‘Raising Day’
Fayaz Bukhari
Srinagar, July 28: Former Chief Minister and People’s Democratic Party (PDP) president Mehbooba Mufti today warned the Centre not to meddle with Article 35A of the Constitution as it “would be like playing with fire”.
The PDP chief said that anybody who touches Article 35A will be burned to ashes. “If any hand tries to touch Article 35A, not only that hand, but that whole body will be burnt to ashes,” Mehbooba warned Centre during her address to the function here on the party’s 20th Raising Day.
She said that her party would fight tooth and nail to protect the special status of the State at any cost. She said that let it be clear that those who touch our special status would actually be triggering a bomb that would lead to devastation.
Click here to watch video
“Even if Mehbooba Mufti is jailed for this, you shouldn’t feel low. We are ready for anything, but PDP will not allow fiddling with special status of Jammu and Kashmir,” she said.
Mehbooba asked people to be ready a long and hard battle that requires sacrifices. “We are facing an onslaught. Our special status and identity is being targeted. We are being disempowered politically and economically. In such times, PDP will take lead to fight such designs. You will have to be prepared to fight a long and hard battle that would require us to render more sacrifices,” she said.
The PDP president said that her party has been harassed as it stands wall against attacks on special status of the State. “We have been selectively harassed in past and may see so in future too, because everyone knows that ours is the only Party that will stand strong as a wall against attacks on our special status,” she said.
The PDP president said that while the State is witnessing an onslaught on its special status and “attempts are being made to disempower our people politically and economically, PDP will fight such designs tooth and nail at any cost.”
She criticised National Conference leader Omar Abdullah’s statement that “Government of India must wait for Supreme Court’s final verdict on Articles 35-A, Article 370.” “He (Omar) told New Delhi not to fiddle with Article 35 and wait for Supreme Court verdict. But I ask you is any person in J&K ready to accept the fiddling of Article 35A by the Supreme Court or any other institution. We convey to the Centre that any tinkering with Article 35A will be like setting powder keg on fire,” Mehbooba warned.
She said that by engaging with the BJP, her party insulated the State from attacks on special status of the State. “Till the time we kept BJP engaged, we insulated the State from any step from the Centre against our special status. It was no small thing to get Modi led Union Government to do month long ceasefire in the State, appoint a Cabinet Secretary rank Interlocutor and make many offers of unconditional dialogue at the Union Home Minister level. But we did achieve all this,” she added.
The PDP president asked party workers to rededicate themselves to the agenda of peace and development through dialogue and reconciliation as envisioned by PDP founder late Mufti Mohammad Sayeed.
Mehbooba asserted that PDP’s agenda is the only viable roadmap to get the State out of political uncertainty and that the party has proven track record of delivering on its promises. “Whether it was the Government led by Mufti sahib in 2002 or the subsequent times, the PDP led the way towards a peaceful and prosperous J&K. Getting New Delhi and Islamabad to engage, initiating dialogue with the separatists, disbanding Task Force, giving incentives of the improving security situation to common people & ushering in a new era of development in the State have been the hall mark of PDP rule in the State, she said.
The PDP president reminded that the ‘Agenda of Alliance; between PDP and Bharatiya Janata Party (BJP) saw BJP giving in writing that they won’t touch the special constitutional status of J&K and would pursue a policy of engagement and dialogue with Pakistan and separatists for the resolution of Kashmir problem.
The presence of almost all top leaders of the party on the occasion was show of strength by beleaguered Mehbooba after several senior leaders quit the party since last year when she lost power.
All the top party leaders and functionaries including Abdul Rahman Veeri, Ghulam Nabi Lone Hanjura, Mehboob Beg, Mohammad Khurshid Alam, Aga Syed Mohsin Mustafa, Mohammad Ashraf Mir, Asiya Naqash, Syed Faroooq Andrabi, Zahoor Ahmad Mir, Rafi Ahmad Mir, Raja Manzoor, Mushtaq Ahmad Shah, Javeed Beg, Ab Majeed Padder, Mohammad Yawar Mir, Noor Mohammad Sheikh, Aijaz Ahmad Mir, Mohammad Yusuf Bhat, Abdul Rahim Rather, Zaffar Manhas, Anjum Fazili, Sartaj Madni, Peerzada Mansoor Hussain, Nizam ud Din Bhat and Abdul Qayoom Wani were present on the occasion and addressed the workers.
However, Muzaffar Hussain Baigh, Naeem Akhtar, Mohammad Dilawar Mir, Abdul Haq Khan, Fayaz Ahmad, Nazir Ahmad Laway and Safeena Beigh were not present on the occasion. 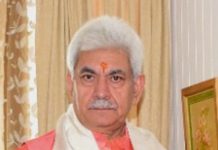 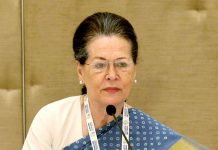 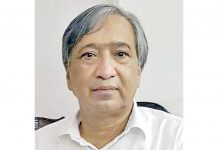 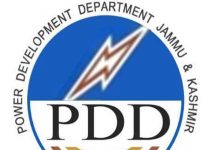 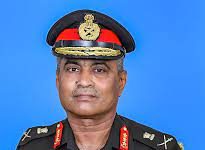