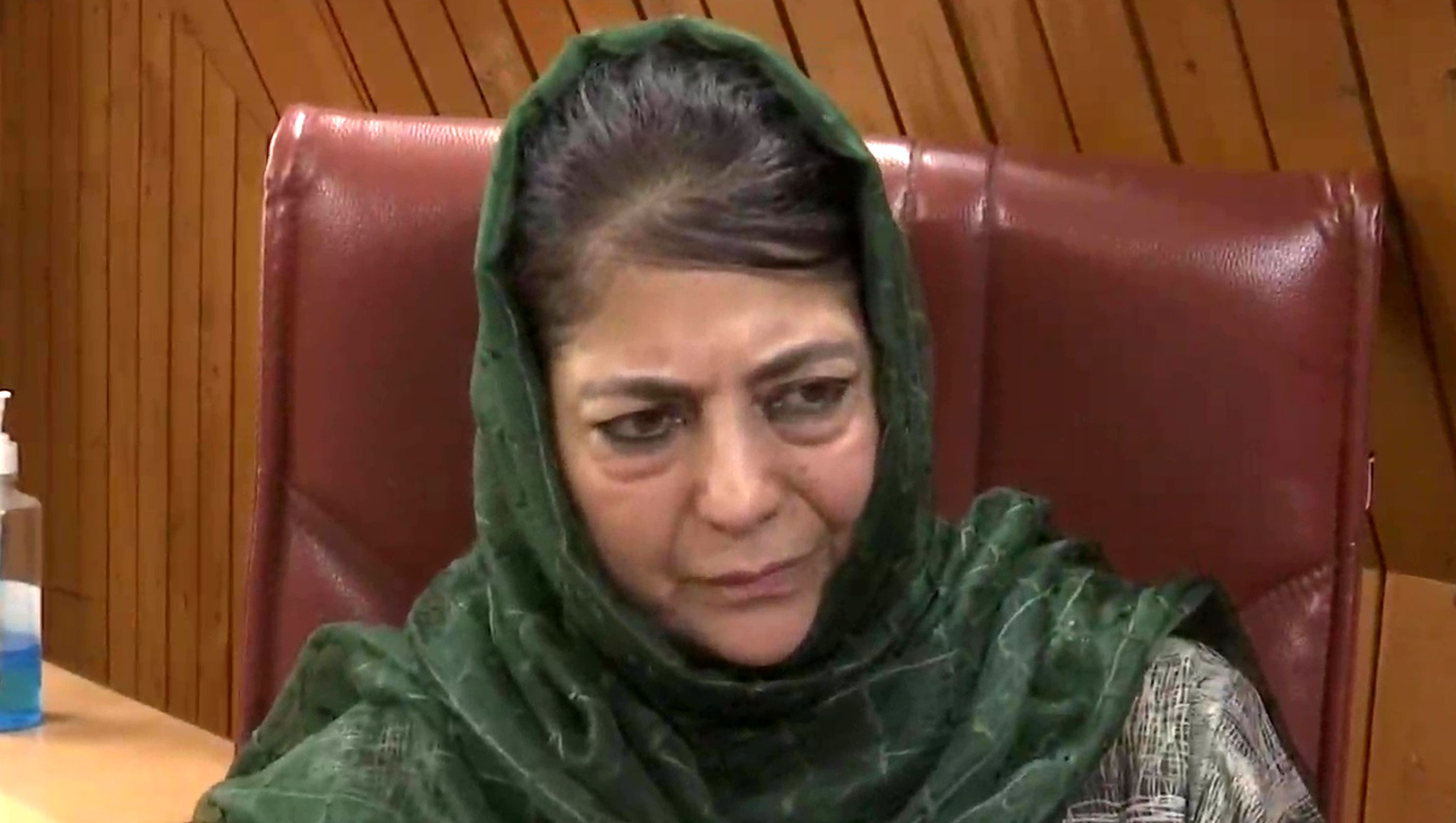 Srinagar, Nov 28: Former Chief Minister and People’s Democratic Party (PDP) president, Mehbooba Mufti today vacated her Gupkar residence and shifted to a private house while in Anantnag the former Legislators of South Kashmir are vacating the Government accommodations in two weeks.
Mehbooba vacated from Gupkar residence today and has shifted to a private residence in Khimber locality in Nishat area of Srinagar. She and her family were living at the residence since 2005 when her father Mufti Mohammad Sayeed was Chief Minister of Jammu and Kashmir.
The Estates Department of Kashmir had sent a notice to PDP chief on October 15 asking her to vacate the official residence.
The former CMs are no longer entitled to official accommodation after the Government of India amended a state law in 2020.
And in Anantnag, the former Legislators and other leaders, who were served eviction notices to vacate Government quarters have been given two weeks time.
The decision was made after former Legislators met Deputy Commissioner Anantnag at his office today.
DC Anantnag, Basharat Qayoom said the leaders met him today and sought breathing time to vacate Government quarters occupied by them.
He said after giving undertaking, 15-days time have been provided to them to vacate the quarters.
On Saturday, authorities asked former Chief Minister and PDP president Mehbooba Mufti, 7 former Legislators and one Municipal Councillor to vacate Government quarters occupied by them in the Housing Colony Khanabal area of Anantnag district.