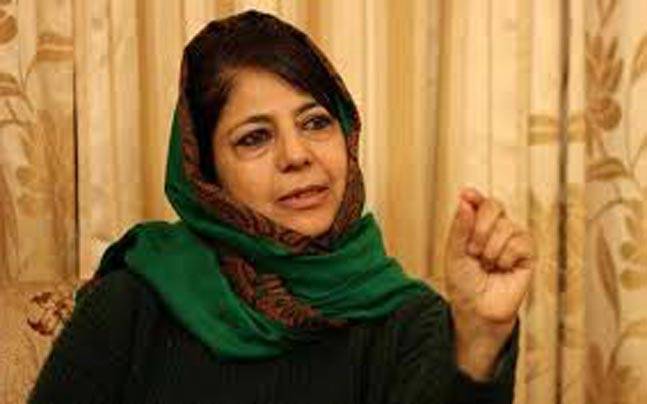 SRINAGAR: Days after a group of youths, carrying ISIS flags, forced their entry into the historic Jamia Masjid here, former Chief Minister Mehbooba Mufti on Monday said “barbaric forces” cannot be allowed to defile the grand mosque in the name of Islam.

Mehbooba spoke to separatist leader and moderate Hurriyat Conference chairman Mirwaiz Umar Farooq, who delivers the Friday sermon at the mosque, on phone over the incident and conveyed her outrage.

“Appearance of a few youth with IS flag in Srinagar Jama Masjid is desecration of the most important institution of Kashmir’s religious, social life. Called @MirwaizKashmir, Umar sahheb to convey my outrage,” the former Chief Minister wrote on Twitter. (AGENCIES)