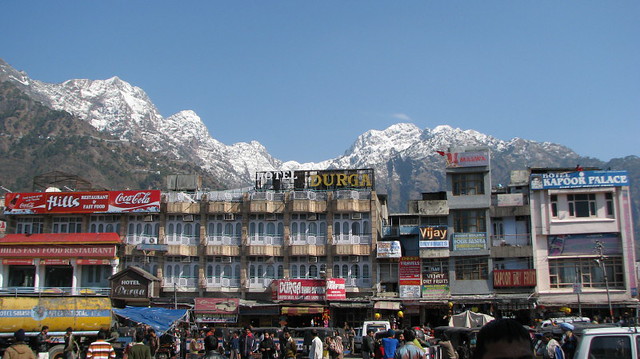 Nishikant Khajuria
JAMMU, Dec 5: On the name of usage charges, the Municipal Committee Katra has imposed heavy fee on commercial units in the holy town thus triggering strong resentment among the locals and business community, who have termed the User Fee on exorbitant rates as ‘Jazia’ on Hindu pilgrimage.
The Municipal authorities have not spared even Bhandara and Langars at the base camp of Mata Vaishno Devi shrine as rupees two thousands per day has been fixed as User Fee for organizing the same.
Residential dwelling units, street vendors, Dhabas, sweet shops, vegetable/fruit shops, hotels/guest houses, restaurants, Trust, Dharamshala, commercial offices, Banks, tutorials, educational institutions, kindergarten/Creches, clinic, dispensary, laboratories, Taxi/Auto stand, parking space and even the use of dumping site by commercial establishments have been made chargeable on monthly basis in the name of user fee.
The exorbitant user charges under the Municipal Committee, Katra Solid Waste Management By-Laws, 2019, were approved by the Government of Jammu and Kashmir with issuance of a notification in this regard on September 17, 2019 and the same have been implemented from the month of November 2019.
According to the notification in this regard, Hotel/Guest House with restaurant capacity of more than 30 rooms shall have to pay user fee of Rs 10,000 per month while Rs 100 per room are being charged from Hotels/Guest House/ Dharamshala with capacity up to 30 rooms. Per month Use Fee for Trust/Dharamshala with capacity more than 30 rooms is Rs 7000.
Similarly, User Fee for a Restaurant bulk generator is Rs 5,000 per month while Dhaba with sitting capacity above 50 persons and 15-49 persons are being charged Rs 3000/- and Rs 1500/-, respectively per month. User Fee for Sweet Shops is Rs 1000, Vegetable/Fruit Shops/ Juice is Rs 750, street vendor is Rs 500, Travel Agency officer, Pan House, Dry Fruit and Saloon etc is Rs 250.
The per month User Fee for Clinic, Dispensary, Laboratory, Nursing Homes is Rs 1000 Cinema Hall with restaurant is Rs 15,000, Petrol Pump/Cold store is Rs 1000, Marriage Hall is Rs 3500, Rehris is Rs 1000, Taxi stand is Rs 8000, Parking Space is Rs 2000. The charges for dumping at Tan Talab at the official site, has been kept at Rs 15,000 per vehicle.
The exorbitant User Fee by the Katra Municipal Committee has triggered a strong resentment among the locals and business community, who have termed the charges as ‘Jazia’ on the Hindu pilgrimage since the pilgrims will have to ultimately bear the same.
Surprising, alone Katra and no other Municipal town of Jammu Kashmir has imposed such heavy use fee. “It is shocking that a person or organization who will serve food free of cost to Yatris and common people will have to pay Rs 2000 per day as fee to Municipality and all these taxes will apply only on Katra which will have their negative impact on pilgrims which reminds us of Jazia Tax once imposed on Hindus during Mugal period,” said Rakesh Wazir, president of Hotels and Restaurants Association Katra and demanded immediate withdrawal of the user charges.
When contacted, President of Municipal Committee Katra said that the elected Municipal body has already passed a resolution for withdrawal of increased User Fee and he was hopeful that the Government would consider the same.