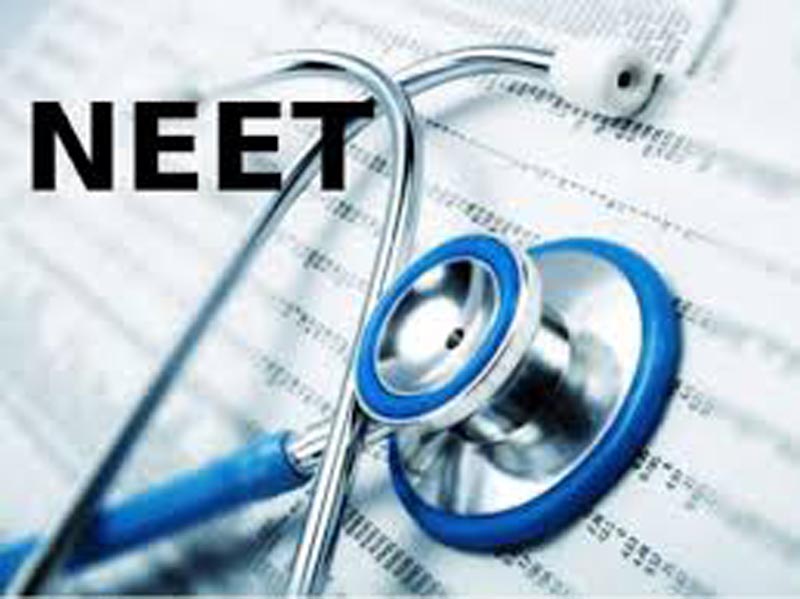 Nishikant Khajuria
JAMMU, July 12: The candidates from Economically Weaker Section, who have qualified NEET for admission in Medical and Dental Colleges in Jammu and Kashmir, are in dark over getting the reservation benefit as the State Government has so far failed to get the necessary law amended and notify the rules for the same.
Even as first phase of the Counseling has completed and the entire admission process needs to be finished by mid of next month as per the Supreme Court guidelines, there is no further progress on the State Administrative Council decision of extending 10 percent reservation to Economically Weaker Section in Jammu and Kashmir.
The SAC decision of last month, approving the Reservation (second amendment) Bill incorporating 103rd amendment of the Indian Constitution to provide 10 per cent reservation to Economically Weaker Section in jobs and educational institutions, is yet to be passed by the Union Cabinet and then Parliament for notifying the rules as the State of J&K is under President’s rule.
In absence of the necessary Rules, the State Board of Professional Entrance Examinations (BOPEE), which is conducting counseling for MBBS and BDS admissions, has refused to consider any candidate under Economically Weaker Section category even as the Medical Council of India has increased 10 percent seats in the Medical and Dental colleges across the State.
According to a spokesperson of BOPEE, the State Government has not yet notified the reservation policy for Economically Weaker Section and therefore, as on now, there is no reservation or quota for EWS for NEET MBBS/BDS courses. The candidates, who have applied under EWS category, are being treated as Open Merit candidates and any modification or amendment in the rules will be considered by the Board in accordance with the time schedule and other provisions as and when applicable, the spokesperson further clarified.
It may be recalled that the Union Government extended 10 per cent reservation to the persons belonging to EWS, who are not covered under the scheme of reservation for SCs/STs/OBCs in terms of Constitution of India (103rd Amendment) Act, 2019. Subsequently, the State Administrative Council (SAC), which met here under the chairmanship of Governor Satya Pal Malik, last month, approved the Jammu and Kashmir Reservation (Second Amendment) Bill, 2019 for incorporating provisions for the implementation of the 103rd amendment of the Indian Constitution.
Official sources told the Excelsior that the matter was in the court of Central Government, which has to approve the SAC decision of amending J&K Reservation Bill in Union Cabinet and then get the same passed by the Parliament since Jammu and Kashmir is under President’s rule.
“After the J&K Reservation Bill for incorporating provisions for the implementation of the 103rd amendment of the Indian Constitution is passed by the Parliament, the Reservation Rules for EWS in J&K will be notified by the State Government,” sources added and claimed that the matter was under process and as soon as the Bill gets Parliament nod, the Reservation Rules will be notified as the same have been almost prepared by the Social Welfare Department in consultation with the Department of Law.
Meanwhile, the BOPEE, which has been receiving queries about filling up seats under EWS, has once again clarified that the Board has to follow the rules and regulations notified by Government. “Board shall subject to the time schedule and amendments required in law on the subject take further action in the matter,” said the BOPEE spokesperson.
The spokesperson further clarified that if the rules are not notified before closure of the ongoing admission process (mid of August), the increased number of MBBS/BDS seats ( approximately 85) in various Medical and Dental Colleges across the State exclusively for candidates of EWS category, will go waste and not filled in this session.