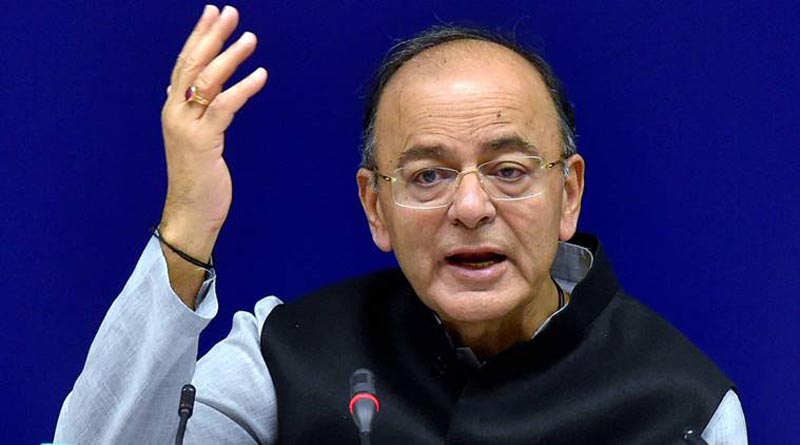 NEW DELHI, May 13: Attacking BSP supremo Mayawati for making personal remarks against Prime Minister Narendra Modi, Finance Minister Arun Jaitley Monday said that she is “unfit for public life”.
Jaitley’s tweet came hours after Mayawati alleged that women in the BJP are scared of their husbands meeting Modi fearing they might also “abandon their wives”.
“Behan Mayawati – She is firm on becoming a Prime Minister. Her governance, ethics and discourse stoops to an all-time low. Her personal attack today on the Prime Minister exposes her as unfit for public life,” Jaitley tweeted.
Earlier in the day, Mayawati said, “I have come to know that in BJP, women leaders get scared when they see their husbands going near Prime Minister Modi. They fear that like Modi they might also abandon their wives”.
“Under such circumstances, I request all the women of the country not to give their votes to such a person. This would also be their real respect to the deserted wife of Modiji,” she said in a press release.
Referring to poll violence in TMC-ruled West Bengal, Jaitley said opposition leaders are being prevented from organising rallies in the state.
“Mamata Didi – Democracy has become a casualty in Bengal. Opposition workers are murdered, candidates are attacked, polling booths are captured and Opposition leaders are not entitled to organise rallies,” he said.
Jaitley also wondered why the “Left Liberals” are not saying anything about these developments and wanted to know whether they have gone into hiding.
“This is what India’s opposition has to offer to the Nation,” he said. (PTI)