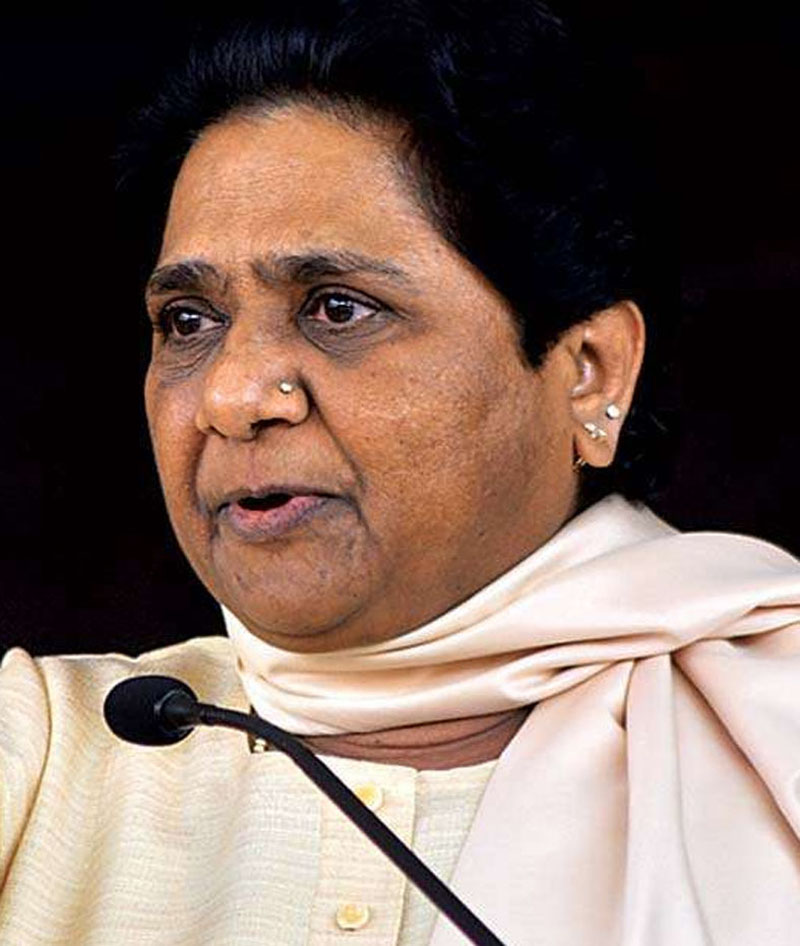 LUCKNOW, Aug 26: Bahujan Samaj Party (BSP) supremo Mayawati on Monday slammed the Congress and other opposition parties for giving chance to centre and J&K Governor to create unnecessary politics, by going to Kashmir without permission.
The BSP chief tweeted on Monday that the abrogation of Article 370 has created an unprecedented situation in Kashmir and it will definitely take some time for the situation to normalize there. “It is better to wait a bit, which is also considered by the Honorable Court”, she said.
While hitting out at Congress and other political parties for trying go to Kashmir at this juncture, she said, “They should think twice before giving an opportunity to the Centre and Jammu and Kashmir Governor Satya Pal Malik to do politics over Kashmir by trying to visit the region at this point in time,”
Explaining the reason behind her party’s decision to support the Centre’s move to aborogate Article 370, which granted special status to Jammu and Kashmir, Mayawati said that Dr Bhimrao Ambedkar was never in support of Article 370 because he always believed in unity and equality of India. “This became the sole reason why BSP supported the government’s decision to revoke Article 370.” she said.
The reaction of the BSP supremo comes a day after a delegation of opposition leaders including Rahul Gandhi, Ghulam Nabi Azad, Anand Sharma, KC Venugopal, CPIM’s Sitaram Yechuri, CPI’s D Raja, RJD’s Manoj Jha, JDS’s Kupendra Reddy, NCP’s Majeed Memon, DMK’s Tiruchi Siva, LJD’s Sharad Yadav, and TMC’s Dinesh Trivedi had gone to Srinagar on Saturday to review the prevailing situation in Jammu and Kashmir after Governor Malik had “invited” Gandhi to visit Kashmir. The opposition leaders were, however, denied permission to step out of the Srinagar airport and were sent back to Delhi. (UNI)