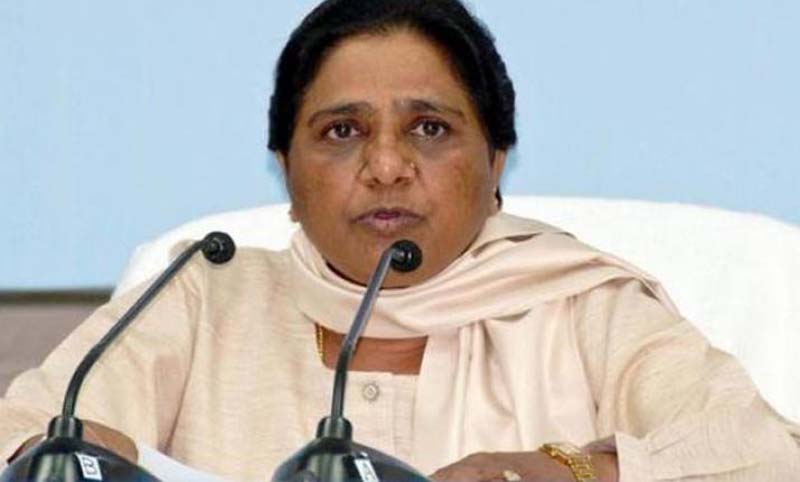 LUCKNOW, June 24: BSP president Mayawati today declared her party in the future will contest all elections “small and big” on its own, signalling the end of the much discussed Bahujan Samaj Party-Samajwadi Party alliance forged for the Lok Sabha polls.
Hours after Mayawati announced her plans of going solo in future elections in a series of tweets, a senior SP leader accused her of “weakening” the fight for social justice.
Her announcement came a day after she held a meeting with party workers to review the BSP’s performance in the recent Lok Sabha polls.
“Everyone is aware that forgetting everything of the past as also the anti-BSP and anti-Dalit decisions like reservation in promotions and bad law and order during the SP rule in 2012-2017, BSP adhered to the ‘gathbandhan dharma’ with the Samajwadi Party in the interest of the country,” she tweeted in Hindi.
“But the SP’s attitude after the elections has forced the BSP to think, will it be possible to defeat the BJP in the future? This is not possible,” she said.
“Therefore, in the interest of the party and the movement, the party will contest all small and big elections on its own strength,” Mayawati added.
She did not elaborate on what she meant by the SP’s attitude.
Soon afterwards, SP national general secretary Ramashankar Vidyarthi told journalists in Balia that Mayawati was speaking against the SP in haste because of the Dalit support to his party and its leader Akhilesh Yadav.
“She is weakening the fight for social justice,” he said, adding that Dalit society is getting connected with the SP and Akhilesh Yadav in a big way.
People know about the reality about what the ‘malkin’ of the alliance has done, he said.
Commenting on the development, Congress spokesperson Dwijendra Tripathi said commitment is most important in politics.
“Commitment with the people as well as among political parties is very important… if people feel that politicians cannot keep their words while dealing with each other, they will not be able to keep their promises made to the people,” Tripathi said.
The problem that we are seeing now is an outcome of lack of commitment, he remarked.
The BSP entered into an electoral alliance with Akhilesh Yadav-led SP and the Chaudhary Ajit Singh-led Rashtriya Lok Dal (RLD) in Uttar Pradesh for the Lok Sabha polls.
The alliance, however, failed to make an impact in the politically crucial state. While the BSP managed to win 10 seats, the SP got five seats and the RLD drew a blank. (PTI)