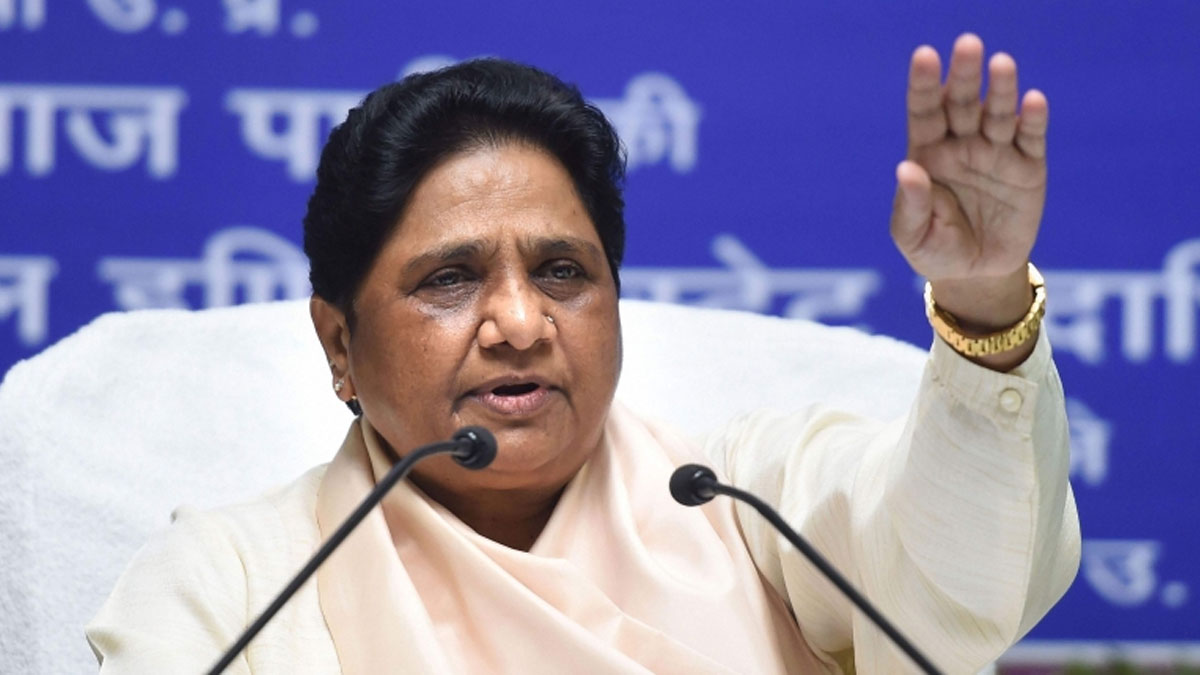 LUCKNOW, Feb 23: BSP president Mayawati on Wednesday exuded confidence that her party will repeat its show of 2007 and SP president Akhilesh Yadav’s dreams of forming government will be shattered.
She also thanked the Union Home Minister Amit Shah for acknowledging BSP’s relevance in the state, saying her party is getting votes of all sections of society.
“When the results are declared on March 10, BSP will form its government like it did in 2007 with full majority,” Mayawati told media after casting her vote.
Asked about Akhilesh’s claims about Samajwadi Party getting Muslim voters’ support, she said the ground reality cannot be more different and can be known by visiting villages.
“Members of the religious minorities, the Muslims, have been unhappy with the working style of Samajwadi Party. They believe that even when they had been with it since last five years, when the time came to allot tickets, they were sidelined to make space for others,” said the Dalit leader. On Shah’s comment about her party’s continued relevance, Mayawati said it was his “greatness” that he accepted the truth. She at the same time added that BSP is getting votes of not only Dalits, but Muslims, OBCs, and upper castes as well. “The BSP has maintained its relevance. I believe they will get votes. I don’t know how much of it will convert into seats but it will get votes,” Shah had said in an interview earlier.
The BJP leader had acceded that the BSP was likely to get Muslim votes too at many seats.
Mayawati, when asked about Akhilesh’s claims of making forays into her core Jatav votebank, called the idea a distant dream and advised the latter to ensure that gets his own caste votes first.
She termed the former chief minister “nakli Ambedkarvadi” (a fake Ambedkarite), alleging that he had changed the names of the districts and schemes she had named after Dalit icons during her government. (PTI)
“Samajwadi Party is dreaming of forming government and this dream will be shattered, you all know whenever SP has been in power, Dalits, backwards, poor and Brahmins have been harassed the most,” she said.
“People here have seen how the ‘goonda’ and mafia elements had been calling the shots and harassment had been at its peak whenever SP had been in power,” she said, adding that under the SP government the state also witnessed riots and cited Muzaffarnagar riots in 2014 as example. (PTI)