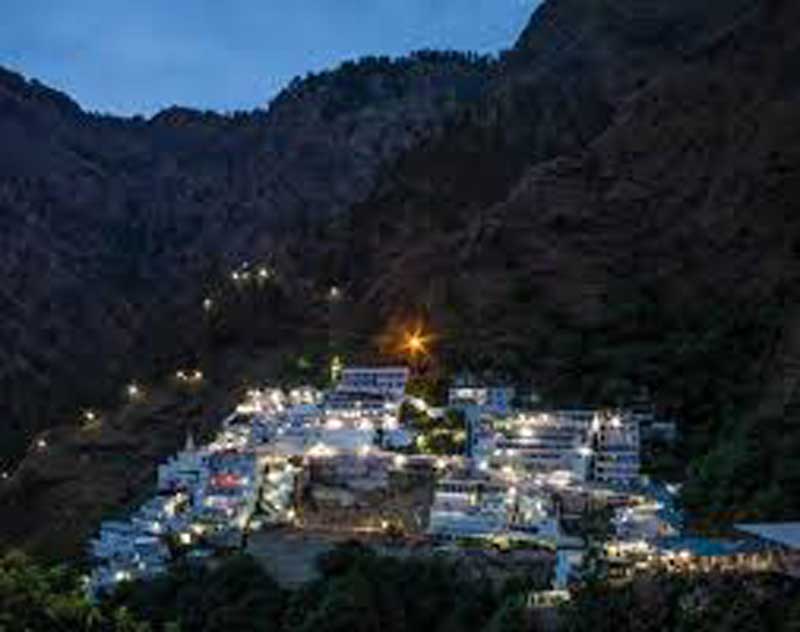 Sanjeev Pargal
JAMMU, Aug 4: The Jammu and Kashmir Government today allowed opening of all religious places and places of worship in the Union Territory for pilgrims from August 16 but kept religious processions and large religious gathering prohibited till August 31. It also allowed opening of Gyms and Yoga Centres but went ahead with night curfew in entire UT from 10 pm to 5 am.

Click here for full order
The decisions were announced by Chief Secretary BVR Subrahmanyam who also happens to be the Chairperson, State Executive Committee and will be effective from tomorrow except the religious places for which separate Standard Operating Procedure (SOP) will be issued.
Pilgrimage to widely revered and historical cave shrine of Shri Mata Vaishno Devi Ji will also resume on August 16 after nearly five months. The pilgrimage was stopped in the middle of March following breakout of Coronavirus pandemic.

Click here to watch video
Shri Mata Vaishno Devi Shrine Board (SMVDSB) which manages affairs of the centuries old shrine has made all arrangements for resumption of pilgrimage by taking into account the COVID management like social distancing, regular sanitization of all places, wearing of masks etc. It will come out with guidelines of the yatra shortly.
Prior to issuance of Unlock 3 guidelines this evening, the UT Government categorized districts in Red, Orange and Green Zones.
All districts of Kashmir except Bandipora and Ramban district of Jammu province have been classified as Red Zones while Jammu, Kathua, Samba, Bandipora, Reasi, Udhampur, Poonch and Rajouri districts will be in Orange Zones. Doda and Kishtwar districts were declared as Green Zones. Lakhanpur town in Kathua district, the gateway to Jammu and Kashmir, will stay as Red/Containment Zone.
The Government has permitted all religious places/places of worship to open for pilgrims from August 16 subject to an SOP which will be issued separately. However, religious processions and large religious gathering will remain strictly prohibited, the guidelines state.
“The Gymnasiums and Yoga Centres will also open by adhering to the SOP issued by the Ministry of Health and Family Welfare, Government of India dated August 3,” the Government order said. Sports activities in stadia and sports complexes are permitted without presence of spectators.
However, all schools, colleges, Universities, educational/ training/coaching institutions (including Anganwadi centres) etc except training institutions run by the Centre/State Government will remain closed but online/distance learning will go on. Offices of these institutions can function for administrative purposes.
All cinema halls, swimming pools, entertainment parks, Spas, theatres, bars, auditoriums, assembly halls and similar places will remain shut. Ban will also stay on social, political, sports, entertainment, academic, cultural, religious functions and other large gatherings and congregations.
Inter-UT/State, Inter-province and inter-district buses for public transport and private vehicles excepting those permitted in specific categories of districts will remain prohibited. However, inter-district public transport has been permitted between Orange and Green Zone districts.
As per the latest Government guidelines, the night curfew will stay across entire Union Territory from 10 pm to 5 am during which movement of individuals for all non-essential activities has been prohibited. There will also be no inter-province or inter-State/UT movement of individuals except after obtaining permissions or in permitted public transport after following prescribed health protocols.
In the limits of Municipal Corporations, shops will remain open from 9 am to 7 pm. Similar timings will be observed by the shopkeepers in Malls.
The Government has maintained the restrictions of not more than 50 persons allowed to join marriage related functions maintaining social distancing with permission required for such functions in Red Zone district. Not more than 20 persons will be permitted for funerals/last rite rituals maintaining social distancing as per the ongoing practice.
Restrictions will stay in Red Zone districts where only 50 percent of shops in market areas, bazaars, market complexes will open on alternate days which will be regulated by the Deputy Commissioner concerned.
The Government has asked the District Magistrates to ensure that there is no congestion and social distancing is maintained.
“There will be complete prohibition on inter-district movement of individuals between Green/Orange districts on one side and Red districts on the other, between two Red districts and crossing a Red district,” the order said.
It added that inter-district public passenger transport vehicles will be run by JKSRTC only with up to 2/3rd seating capacity for buses and up to 50 percent seating capacity for mini-buses on routes to be notified by the Transport department.