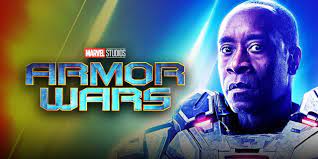 Los Angeles, Oct 1: Marvel Studios is taking the feature route for its upcoming project “Armor Wars”, instead of developing it as a live-action series.
“Armor Wars” was announced as a Disney+ original in December 2020 with actor Don Cheadle set to reprise his Marvel Cinematic Universe (MCU) role of James “Rhodey” Rhodes aka War Machine.
Sources told entertainment news website The Hollywood Reporter that the studio was committed to getting the story told the right way and in that process realised that a film was better suited for the project.
Cheadle and Yassir Lester, who joined the series as the head writer, remain on board the project.
However, Marvel is yet to announce an additional cast and direct for the film as well as its release date.
“Armor Wars” takes its title from the celebrated Marvel Comics storyline that was published in the “Iron Man” comics in 1987 and 1988.
Written by David Michelinie and Bob Layton with art by Mark Bright, the story tackled the idea of the highly advanced technology of Iron Man falling into the wrong hands.
Cheadle has played Rhodes in multiple MCU projects, including “Iron Man 2”, “Iron Man 3”, “Captain America: Civil War”, “Avengers: Infinity War” and “Avengers: Endgame”.
He is next reprising the part for the series, “Secret Invasion”, co-starring Samuel L Jackson and Ben Mendelsohn, and scheduled to debut in 2023. (PTI)