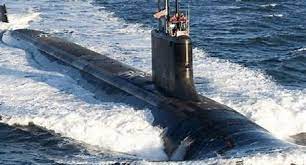 NEW DELHI, Oct 1: China has withdrawn a draft resolution at the IAEA against the AUKUS grouping seeking to provide Australia with nuclear-powered submarines following India’s objective view on the issue, sources said.
China tried to get the resolution passed at the general conference of the International Atomic Energy Agency (IAEA) which took place in Vienna from September 26 to 30.
The AUKUS (Australia, the UK and the US) security partnership announced in September last it would facilitate Australia getting technology to build nuclear-powered submarines.
The sources said on Friday China argued that this initiative was in violation of their responsibilities under the Nuclear Non-Proliferation Treaty (NPT). It also criticised the role of IAEA in this regard.
“India took an objective view of the initiative, recognising the soundness of the technical evaluation by IAEA. The Indian Mission to the IAEA in Vienna worked closely with many IAEA member states in this regard,” said a source.
“India’s considered role helped many smaller countries take a clear stand on the Chinese proposal. Realising that its resolution would not get majority support, China withdrew its draft resolution on September 30,” the source said.
The sources said India’s “deft and impactful” diplomacy was deeply appreciated by IAEA member states, particularly the AUKUS partners. (PTI)