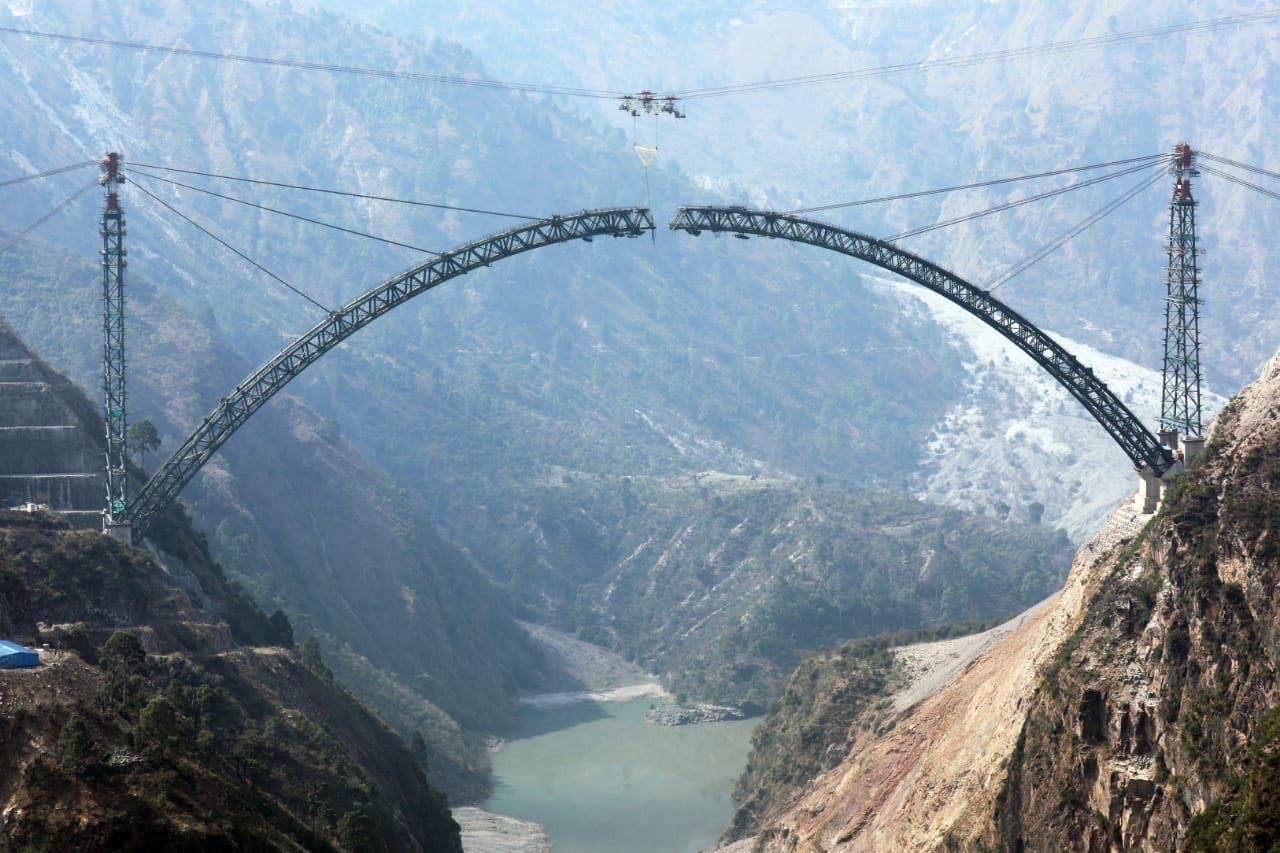 New Delhi: The iconic main arch of what is set to the world’s highest railway bridge, in Jammu and Kashmir, is almost ready, over three years after construction began. Calling it an “infrastructure marvel in making”, Railways Minister Piyush Goyal today shared a photo of the 476 metre-long steel arch of the upcoming railway bridge over the Chenab River in Jammu and Kashmir’s Reasi district.
“Infrastructural Marvel in Making: Indian Railways is well on track to achieve another engineering milestone with the steel arch of Chenab bridge reaching at closure position. It is all set to be the world’s highest Railway bridge,” Mr Goyal tweeted. The Railways Ministry too shared the photo of the steel arch reaching completion.
The arch bridge is a part of an ambitious railway project connecting Kashmir to the rest of India. Work on putting the main arch began on in November 2017.
The ₹ 1,250-crore bridge will be 359 metres above the Chenab river bed and stand 35 metres taller than the iconic Eiffel Tower in Paris.
The railway bridge will be able to withstand up to 8 magnitude earthquakes and high-intensity blasts, railway officials had said at the time of the project launch. It will also have a “security setup” against possible terror threats and quakes, officials had said. The overall length of the bridge is 1,315 metres.
It will be a key link in the 111-km stretch between Katra and Banihal which is part of the Udhampur-Srinagar-Baramulla section of the Kashmir Railway project.
The construction started in 2004, but the work was stopped in 2008-09 on the aspect of safety of rail passengers due to frequent high velocity winds in the area. (Agency)