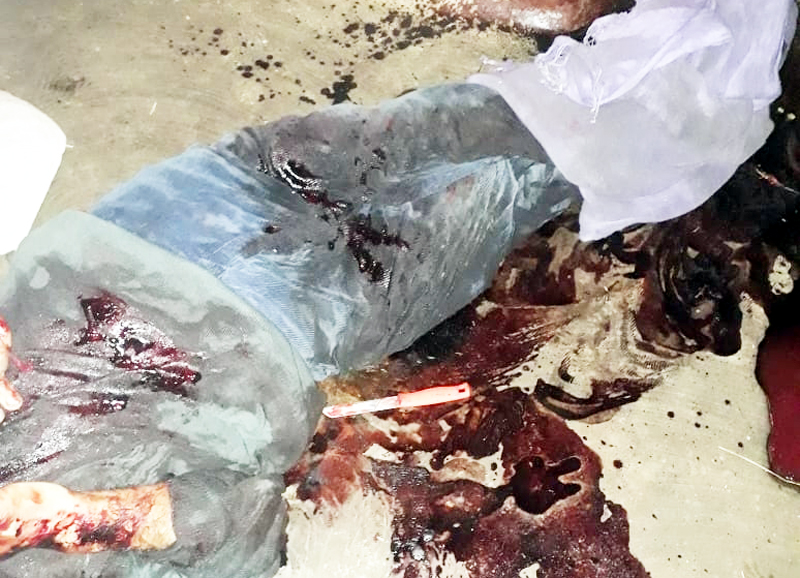 Excelsior Correspondent
RAMBAN, Jan 13: Throat slit body of a man was recovered from village Chakwa, falling under the jurisdiction of Batote Police Station.
As per police sources, body of a 30-year-old Purshotam Chand, son of Madan Lal, a resident of Chakwa was recovered from his residence.
On getting information, police team led by SSP Ramban Anita Sharma rushed to the spot and shifted the body of the deceased to morgue of SDH Batote.
The SSP also passed the directions to officers to investigate the matter in the time bound manner. She said the man was mentally perturbed and found dead in suspicious circumstances with his throat slit.
FSL team was summoned for collecting the evidence from the spot, she added.

After completing medical and legal formalities, the body of the deceased has been handed over to legal heirs for last rites.
Sources said that the man has been murdered with a sharp edged weapon probably knife, but exact cause of death could be ascertained after autopsy reports.
A case under relevant Sections has been registered at Batote Police Station and investigation started.