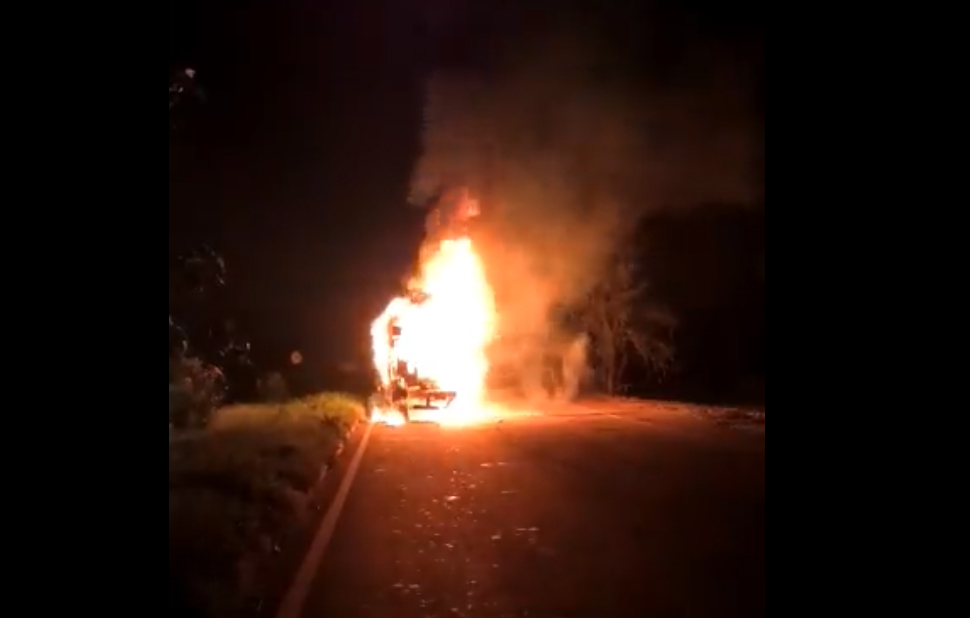 JAMMU, Sept 19: A man was charred to death after a truck he was travelling in caught fire on the Jammu-Pathankot national highway in Kathua district, police said on Monday.
The victim, whose identity is yet to be ascertained, was the truck driver’s helper, and they were travelling towards Jammu when the vehicle suddenly engulfed into flames late on Sunday, they said.
The driver jumped out of the burning truck and rescued himself, but his helper failed to come out of the vehicle, they said.
A fire engine reached the spot and controlled the fire, but it was too late to save the man, they said, adding a detailed investigation in being conducted. (Agencies)