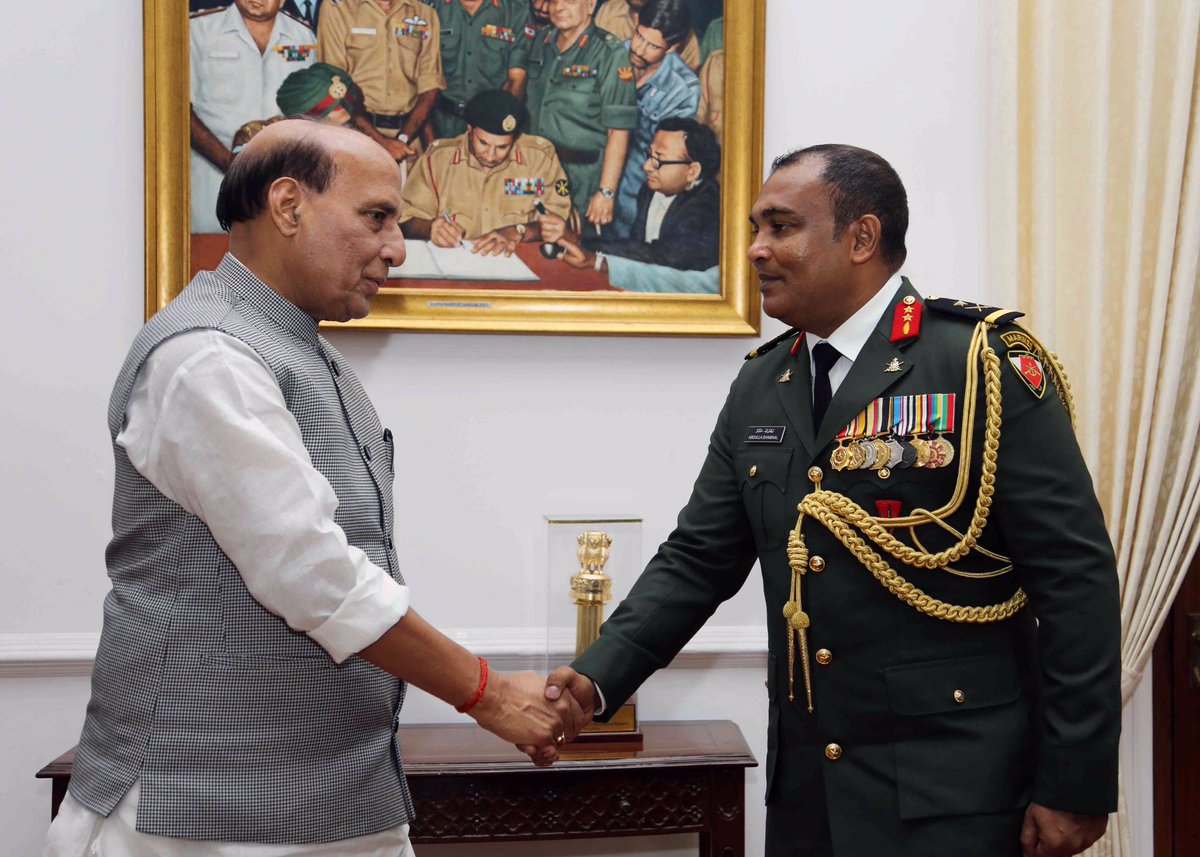 He is accompanied by a high-level delegation from various branches of the Maldives National Defence Force (MNDF) who will undertake detailed discussions with a joint team of the Indian armed forces. (AGENCIES)