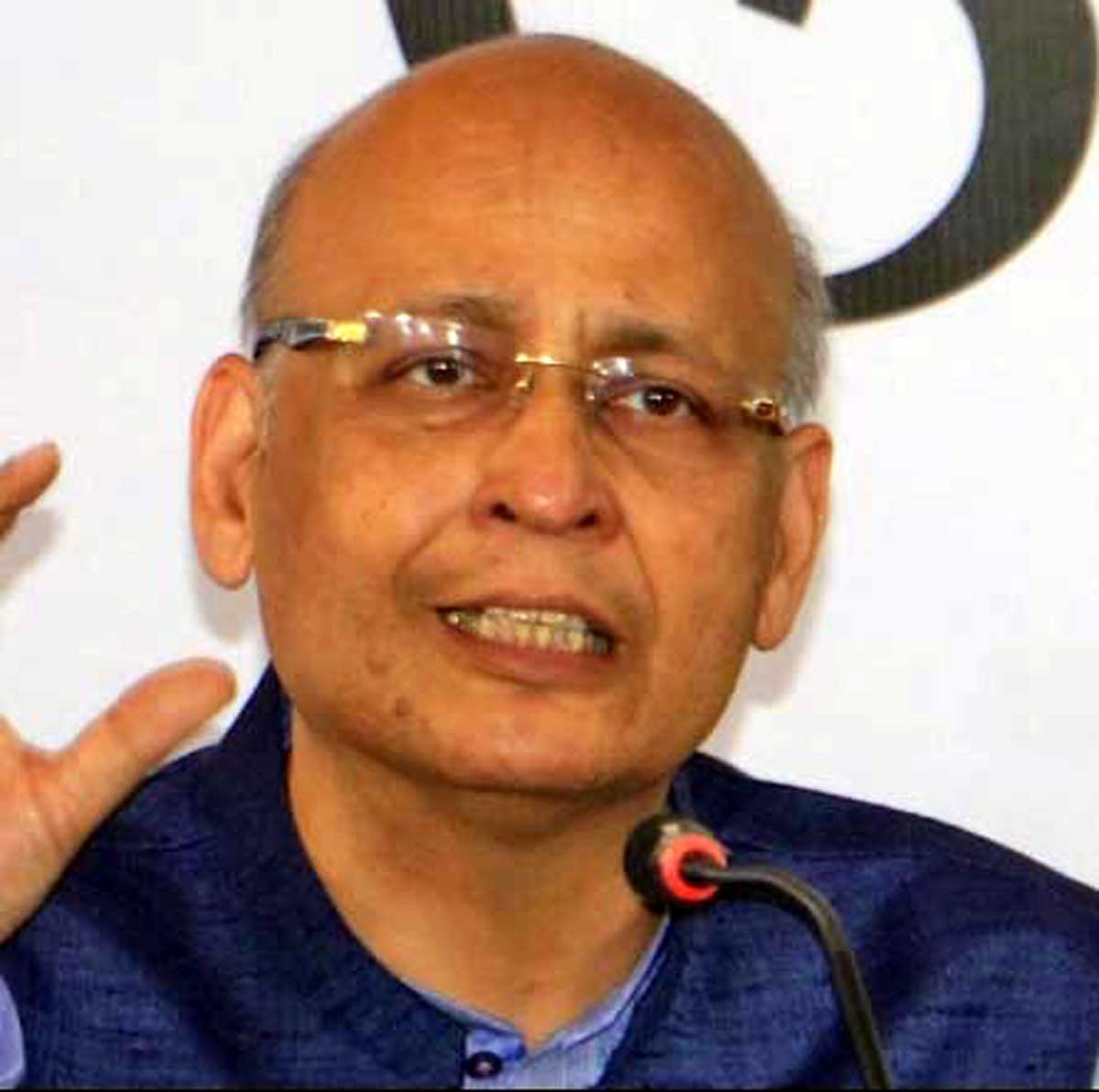 NEW DELHI, Aug 1: India needs to instill fear in the minds of China if it has to achieve equilibrium in the bilateral relationship, senior Congress leader Abhishek Singhvi has said, calling for a comprehensive, aggressive change in India’s policy on Beijing.
Advocating a three-pronged shift in India’s strategy vis-?-vis Communist China, Dr Singhvi said New Delhi has to invest in building military capability, diplomatic heft by aligning with like-minded groupings such as Quad, and inflict economic injury to China, all to instill fear in Communist China’s mind towards its Asian neighbour.
At a webinar organised by Law and Society Alliance, a Delhi-headquartered think-tank, and Defence.Capital a security and strategic affairs platform, Dr Singhvi said India and its polity has to grow beyond local party politics to usher in single-minded, focused, and unified response to the China challenge.
The senior advocate in the Supreme Court was forthright in his assessment that India needs “to do more and talk less” on China and the challenges posed by the northern neighbour.
“India and China are two swords in one scabbard called Asia. There has to be forced respectability between the two. In the real world, both respect and outward likeability are consequences of fear.
The need is to generate fear about India in China. Only this is going to set the equilibrium between the two giants,” the three-time member of parliament from the Congress Party said.
On the military front, Dr Singhvi suggested that the Indian armed forces should unabashedly carry out joint military exercises with its interoperable friends and partners.
“We have to be open and public about enhancing our military alliance and partnerships. India must focus on it and it is already doing so.” He also talked of greater share of defence budget in GDP terms for the armed forces, and developing technologies to counter China, especially the military drone armoury technology apart from the missile capabilities and border infrastructure development.
Exploring possible diplomatic options for India, Dr Singhvi said India should leverage and exploit the global anti-China sentiment and the unprecedented wave of anger that has swept across even those nations like Australia that had tilted towards China in the Pacific region under former Prime Minister Kevin Rudd.
“India’s power to name and shame China has always been less understood and even less considered. That naming and shaming China across the world is a vital tool in India’s armoury and I will expect India to unleash a blitzkrieg in which it should name and shame China on the global fora with forthrightness. Look at United States Secretary of State Michael R. Pompeo.
I might not agree with him on everything but his forthrightness on China should be applauded,” Dr Singhvi said. On global alliances against China, Dr Singhvi said, “the ASEAN, the Quad, Malabar exercise, Digital-10 grouping are all alliances of great use in the China equation, to the extent that India has some asymmetry with China on land and traditional defence forces.” (UNI)