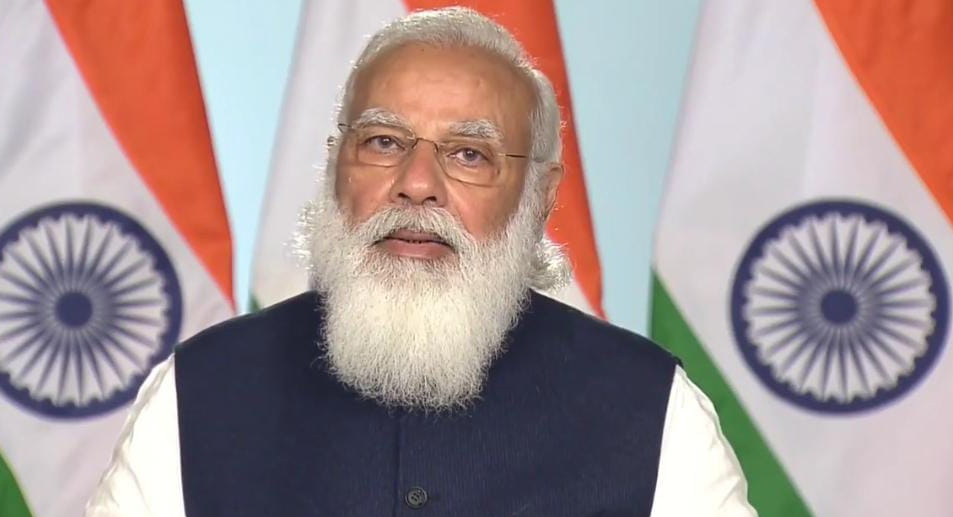 JAMMU, Feb 23: With a view to develop the Union Territory of Ladakh, which was till one and a half years back a region of erstwhile Jammu and Kashmir and badly ignored by successive Governments, the Central Government is in the process of finalization of Rs 50,000 crore worth package for the UT which will be announced by Prime Minister Narendra Modi shortly.
“Unheard of in the history of Ladakh, the package is aimed at ensuring all-round development of the Union Territory,” official sources told the Excelsior and said it will be unveiled very soon by the Prime Minister himself.
The package is likely to cover all major sectors in the Union Territory of Ladakh including construction of power projects, boost to solar energy, helipads, tourist circuits, education, health, road connectivity etc.
“Rs 50,000 crore worth package will be based on requirements of the Union Territory of Ladakh and will address concerns of the people. The stakeholders will be taken on board so that the package is spent on the sectors where it is most required,” sources said, adding the Central Government proposed to further strengthen the twin Autonomous Hill Development Councils of Leh and Kargil districts, which formed the Union Territory.
Duration of expenditure of the package is also being worked out and it will be announced at the time of package. However, it could be for a period of five years but extendable in case of delay in construction of projects because of hilly terrain and extremely tough weather conditions in the Union Territory of Ladakh.
Apart from power projects and solar energy which are major requirements in Ladakh, sources said the package could focus on tourism which is also mainstay of economy as prior to breakout of COVID pandemic last year, there used to be heavy influx of tourists in the Union Territory during summer including foreign tourists. Some tourist circuits could also form part of the package.
Asserting that Leh and Kargil districts would get equal share of the package, sources said both the districts will benefit from the projects and construction of infrastructure in the Union Territory of Ladakh especially road connectivity, development of tourism, hospitals and colleges.
Few small helipads are also proposed for construction in Ladakh to boost tourism. With Corona positive cases declining sharply in Ladakh and active cases below 50, sources expressed confidence that the upcoming summer will bring tourists back to the Union Territory like the past.
“Employment is also a major focus area both in Government and private sectors. Employment will also be generated with development of infrastructure from the package,” sources said.
Health and education facilities are also need of the hour especially in the areas other than Leh and Kargil towns. In the Union budget presented by Finance Minister Nirmala Sitharaman in the Parliament recently, the Union Territory of Ladakh was granted a Central University. Zanskar and Nobra belts of Ladakh could get focus in education and health sectors, sources said.
Ever since Ladakh was separated from Jammu and Kashmir and granted the status of Union Territory, which was a long pending demand of the people of Leh district, demands have been pouring in from various sections of society for special package to boost infrastructure development in various sectors as Ladakh has no major resources on its own.
There has also been demand for grant of 6th Schedule Status to Ladakh to protect culture, identity and heritage of the Union Territory. The Union Ministry of Home Affairs has agreed to grant 6th Schedule like status to Ladakh for which a high-level committee comprising officials of the MHA and representatives from Ladakh has already been constituted which is on the job to finalize recommendations and place them before Home Minister Amit Shah for approval.
“The Ministry of Home Affairs isn’t averse to grant 6th Schedule like status to Ladakh with Constitutional guarantee,” sources said.
As far as empowerment of Autonomous Hill Development Councils in Leh and Kargil is concerned, sources said the Central Government has already made it clear that it stands committed to empower the Councils and give them whatever powers possible.
BJP rules Autonomous Hill Development Council Leh and National Conference in Kargil.