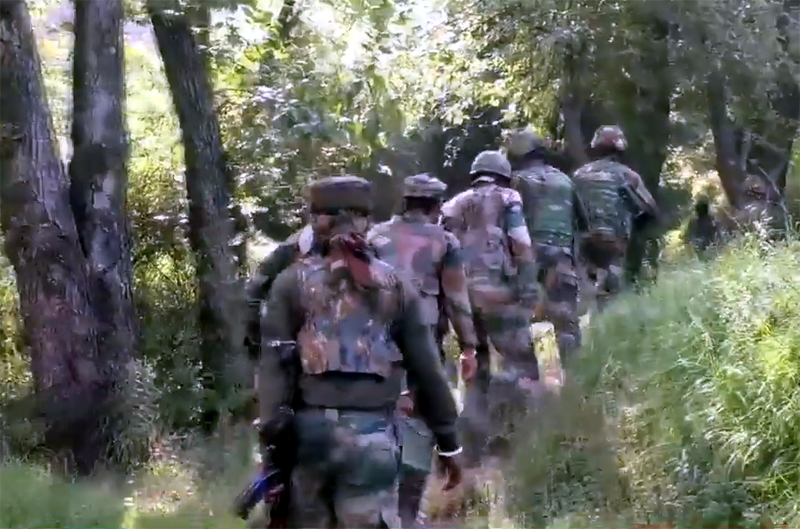 Excelsior Correspondent
JAMMU, Sept 16: Seven Army soldiers including a Major were injured in mortar shelling and firing by the Pakistan army in Balakote sector of Poonch district last night while there were reports of heavy losses on Pakistan side in retaliation of the Indian troops.
Reports said Pakistan again violated ceasefire by resorting to mortar shelling and firing on the forward Indian posts and civilian locations in Balakote sector at around 10.45 pm last night. The Indian side retaliated effectively, leading to heavy exchanges.
One of the forward Indian posts was reported to have been hit by a mortar shell causing minor injuries to seven Army personnel. They were evacuated from the site of firing and shifted to the Military Hospital Rajouri.

Injured Army soldiers have been identified as Major Prakash Singh, Subedar Suresh Singh, Havaldar Bhaskar Rao, Sepoy Jeetu Singh, Sepoy Kishan Singh, Naik Nirmal Singh and Sepoy Jasbir Singh.
Five of them were airlifted from the Army Hospital Rajouri and admitted in the Command Hospital Udhampur while two others including Naik Nirmal Singh and Sepoy Jasbir Singh were admitted in the Army Hospital Rajouri.
Condition of all of them was stated to be stable, reports said.
Four Army soldiers and a civilian have been martyred in Pakistan shelling and firing so far on the LoC in the twin border districts of Poonch and Rajouri post abrogation of Special Constitutional provisions of Jammu and Kashmir and bifurcation of the State into two Union Territories of J&K and Ladakh.
In retaliation by the Indian side, at least 19 Pakistan army troops have been killed and many others were left injured. Pakistan army has also suffered heavy infrastructural damages in the Indian action.
India had yesterday firmly conveyed its concerns to Pakistan on unprovoked ceasefire violations on the LoC to support cross-border infiltrators and militants.
There have been more than 2,050 unprovoked ceasefire violations this year, in which 21 Indians were killed.
The statement came just a day after Pakistan army targeted civilian locations along the LoC in Mendhar and Poonch sectors in which number of school students were trapped and had to be rescued by the Army in bullet-proof bunkers.
Army has been maintaining very high alert along the Line of Control (LoC) in Rajouri and Poonch districts following reports that Pakistan army has brought large number of militants at the launch pads in Pakistan occupied Kashmir (PoK) to push them into Jammu and Kashmir for causing terror activities.