NEW DELHI, Aug 23: Mahatma Gandhi’s values and ideals can be found relevant in any period of human existence and he taught us that our actions should aim at enhancing the dignity and destiny of other human beings, President Ram Nath Kovind said on Friday.
Kovind made the remarks at the World Youth Conference on Kindness organised by the UNESCO Mahatma Gandhi Institute of Education for Peace and Sustainable Development (MGIEP).
“We could place Gandhiji in a time machine and transport him to any period of human existence and we would find him to be relevant. This is also true of the times we live in. Gandhiji remains extremely relevant to our present day concerns such as need for peace and tolerance, terrorism and climate change.
“The strife and violence that we see in the world today is often based in deep-rooted prejudices. These make us see the world through the binary of ‘us versus them’,” he said.
Kovind said,”Following Gandhiji’s footsteps, we must let ourselves and our children interact and engage with those whom we tend to define as ‘them’. Greater interaction is the best way to develop a sensitive understanding, which can help us overcome our prejudices.”
The conference with the theme ‘Vasudhaiva Kutum-bakam: Gandhi for the Contemporary World: Celebrating the 150th birth anniversary of Mahatma Gandhi’ witnessed the participation of approximately 1,000 youth representing over 27 countries including from Asia, Africa, Latin America, and Europe.
“Few weeks from now on October 2, we will celebrate the 150th birth anniversary of our father of nation. His values are very relevant for us, Gandhi was born in India but belonged to entire humanity.
“He taught us that our actions should ultimately aim at enhancing the dignity and destiny of other human beings,” Kovind said.
“For me, he was the ‘experimental Gandhi’, defying class and race boundaries. A ‘creative Gandhi’, who transformed salt into a powerful symbol of a mass movement.
“And the ‘determined Gandhi’, who with his frail body walked through the villages of India with a lamp of truth amid the all-pervading darkness of violence that marked our independence,” he said. The first World Youth Conference on Kindness is being organised by the UNESCO Mahatma Gandhi Institute of Education for Peace and Sustainable Development and the Ministry of Human Resource Development with the aim to impart critical competencies in global youth to inspire, empower and enable them to transform themselves and build long-lasting peace in their communities.
Anantha Duraiappah, Director, UNESCO MGIEP said, “As we celebrate the 150th anniversary of Mahatma Gandhi’s life, the pertinent question we must is how can we move beyond simply having an intellectual exercise of Gandhi’s ideas – especially for the 21stcentury youth who are diverse, tech-savvy, aware of their rights and demanding agency and change?
“If real societal change is to be achieved, Gandhi’s learnings, which he meticulously imbibed through his experiments, need to be built into our education systems and exemplified in our daily lives.” said (PTI) 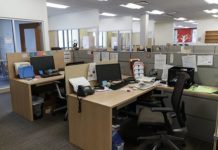 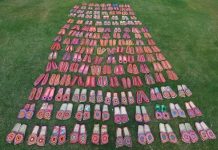 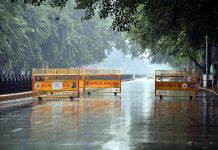 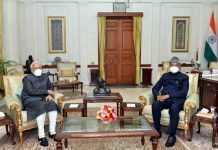 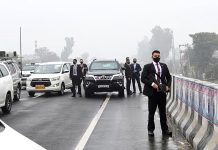