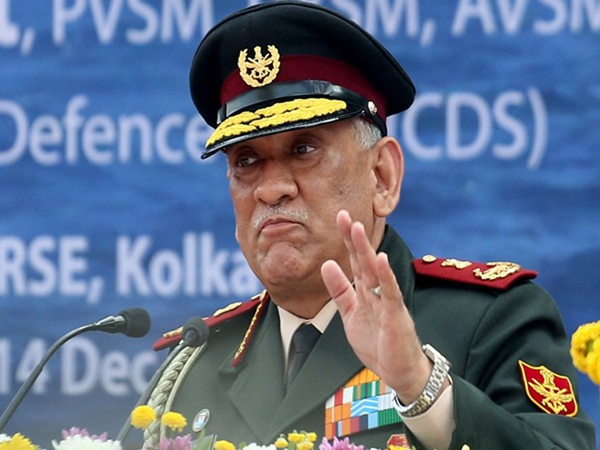 PUNE, Dec 11:
A wreath-laying ceremony was held at the National Defence Academy (NDA) here on Saturday in memory of Chief of Defence Staff General Bipin Rawat, Brigadier Lakhbinder Singh Lidder and Wing Commander Prithvi Singh Chauhan.
Air Marshal Sanjeev Kapoor, Commandant, NDA paid homage to the brave hearts, who lost their lives in a helicopter crash at Coonoor in Tamil Nadu on Wednesday.
Gen Rawat was an alumnus of the 53rd NDA Course, Charlie Squadron and served the nation as the 27th Chief of the Army Staff and rose to become the country’s first Chief of Defence Staff in January 2020.
The wreath-laying ceremony was held at the Hut of Remembrance at the NDA.
The ‘Hut of Remembrance’ book read, “Rarely a General goes with his boots on. General Rawat etched his name in the Hut of Remembrance at NDA as the senior-most soldier to die in the line of duty. That’s his glory.”
Brigadier Lakhbinder Singh Lidder was an alumnus of the 77th NDA Course, India Squadron. The officer was approved for the next rank of Major General and was due to take over a division. He was carrying out duties of the Defence Assistant to the Chief of Defence Staff.
Wing Commander Prithvi Singh Chauhan was an alumnus of the 100th NDA Course, Foxtrot Squadron. He was Commanding Officer of the 109 Helicopter Unit and was flying the MI-17 helicopter of the Chief of Defence Staff during the ill-fated accident. (PTI)