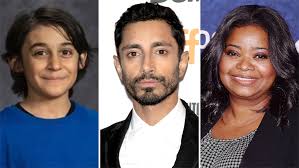 Los Angeles, Nov 24: Young actor Lucian-River Chauhan, best known for starring in the CBC family drama “Heartland”, has boarded the cast of the science-fiction thriller “Invasion”.
Chauhan will star opposite Hollywood stars Riz Ahmed and Octavia Spencer in the Amazon Studios project, reported Deadline.
“Invasion” follows two young brothers on the run with their father, a decorated Marine (Ahmed), who is on a rescue mission to save his boys from an inhuman threat.
BAFTA-winning Michael Pearce will direct the film from a script by Joe Barton.
Pearce earned an Outstanding Debut BAFTA for his 2017 psychological thriller “Beast”, which was a breakout film for stars Jessie Buckley and Johnny Flynn.
Raw Gear’s Dimitri Doganis, Piers Vellacott and Derrin Schlesinger are attached to produce the film.
“Invasion” will be presented in association with Film4, which developed it with Raw Gear. (PTI)