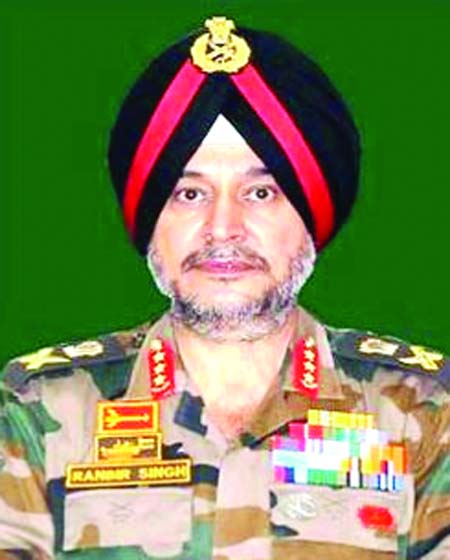 Excelsior Correspondent
UDHAMPUR, June 1: Lieutenant General Ranbir Singh today assumed the charge  as General Officer Commanding- in- Chief, Northern Command.
Lt Gen Singh was commissioned into the 9th Battalion of the Dogra Regiment in 1980 and has had varied staff and Command exposures. He has Commanded a Mountain Brigade, an Armored Division and a Strike Corps.
His tenures also include United Nations Peace keeping assignment at Rwanda and Chief Operations Officer at Sudan. Besides other staff and instructional appointments, he has had multiple tenures in Military Operations Directorate in various ranks including as Director General Military Operations of Indian Army
Prior to taking over as the Northern Army Commander,  he was holding the  appointment of Deputy Chief of Army Staff.  On assuming the charge, the Army Commander conveyed his greetings to all ranks and expressed his commitment to take forward the excellent work by his predecessors in these challenging conditions.