E-Paper
Home Social Trends Lord’s may witness a ‘sea of blue’ as Indians set to fill... 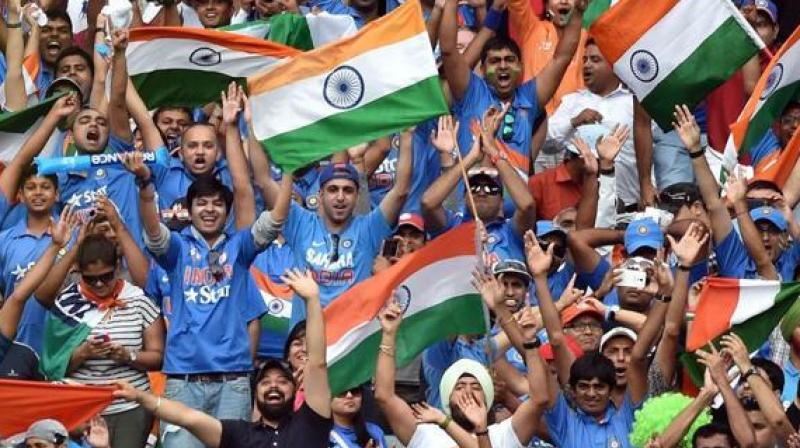 LONDON: The setting wouldn’t be an ideal one but Indians across the globe who have landed in or based out of the United Kingdom will be in majority during the World Cup final at the Lord’s on July 14.

All the tickets for the final have been sold out and despite India’s shock ouster in the semi-finals, 90 percent of the fans who have planned their trips months in advance, will still be thronging at the ‘Mecca of Cricket’ expecting some high quality action.

Many expected that Indian fans would be selling off their tickets for the final, which they have bought in anticipation of Virat Kohli and his team playing the final.

A visit to ICC’s ticketing website indeed provided a confirmation that the resale traffic is really low. If a ticket buyer has registered himself with the website and someone in possession of tickets wants to sell off, the former gets an email confirmation.

The various price categories like bronze (95 GBP), silver (195 GBP), gold (295 GBP) and platinum (395 GBP) have sold out markers against them. Even the tickets for minors in all these categories which come for 20, 30 and 40 GBP respectively has also been sold out.

“The resale platform – has been busy with lots of people looking for tickets but very few selling. So interest is still high. We have the platform if they want to sell,” an ICC spokesperson said when asked if things would change post India’s defeat.

With England starting off well against Australia on the day, there is a possibility that the British citizens of Indian origin, will root for their adopted nation.

“Don’t forget though most of those India fans are also UK citizens so may come and support England depending on today,” the spokesperson further added.

Another ICC source said that Indians especially all those coming from the United States, Canada and Australia to watch the semi-final and final have all their bookings done.

“They have paid for return airfares, done their hotel bookings and have already watched a semi-final. Why will they leave without getting the feel of a World Cup final at the Lord’s,” the source said.

There could be a few who might just try to sell off their tickets at premium prices but obviously there won’t be fresh demands from the Indian community and its unlikely that New Zealanders, or Australians or English will loosen their purse strings to shell out a grand or two like supporters of ‘Men in Blue’. (AGENCIES)