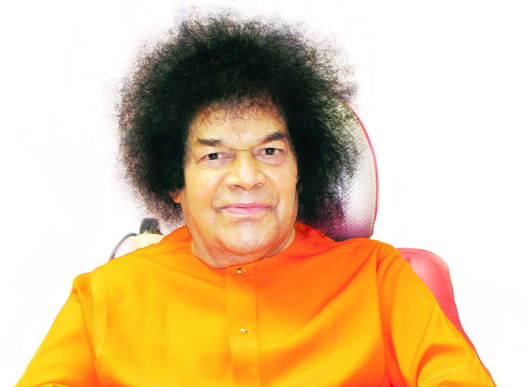 Capt Purushottam Sharma (Retd)
“Let the different faiths exist, let them flourish and let the glory of God be sung in all the languages and in a variety of tunes”.
” Love as thought is Truth
Love as action is Right Conduct
Love as feelings is Peace
Love as understanding is Non-violence”
Sage Bhardwaj’s yearning for Supreme Knowledge could not be realized in-spite of his intensive study of holy scriptures for four hundred years. Lord Indira suggested him to propitiate Mother Parvathi. The Sage decided to hold a ‘yajna’ and reached Kailasha, the abode of Lord Easwara, to extend invitation to the Divine Mother. He was thrilled to find the Divine Couple dancing in ecstasy that lasted for 8 days.
Exhausted, the Sage suffered paralytic stroke and collapsed. Divine couple immediately rushed to his help. Lord Shiva sprinkled the Holy water on the Sage who fully recovered. Lord granted a boon to the Sage saying that He will incarnate in Kaliyuga in Bhardwaja Gotra thrice. The first Shiva incarnation was Sri Sai Baba of Shirdhi. The second has been Shiva-Shakti Avtar Bhagwan Sri Sathya Sai Baba of Puttaparthi (AP) and third will be Shakti incarnation Prema Sai in Rangapattanam of Mandya District in Karnataka State.
The Second Incarnation Shiv-Shakti had chosen a devout couple Smt Easwaramma and Sri Pedda Venkama Raju as His parents of Ratnakar family of Bhardwaja Gotra inhabiting a tiny Village Puttaparthi falling in Anantpur District of Andhara Pradesh. He was born on 23rd of November, 1926, Monday, in Ardara Nakshtra. Known Sathya or Raju in His village, the child possessed unbounded love and compassion. Strict vegetarian, He strongly protested against bull-races, bull-fights, cock-fights and other acts of cruelty to animals. He was a born scholar and was proficient in composing and singing ‘bhajans and poetry. He excelled in dance and drama. He was called ‘Biddalguru’ ( a child teacher) and Brahmjnani. He spent most of His time in the neighbouring house of Karnam Subamma who showered unbounded Motherly-Love on the Child. Like Yashoda to Krishna, Subbamma was to Sathya. Subbamma died when Swami was away but He returned when her body was about to be carried for cremation. He called the dead Subbamma ! Subbamma! and Lo! and Hail ! She opened her eyes with a smile playing on her lips and feasted herself with Bhagwan Baba’s ‘Darshan’. He poured sacred water in her mouth to meet her last wish. She shut her eyes and happily returned to her Heavenly Abode.
Sathya declared Himself an Incarnation on 23rd May, 1940, revealing “I am Sai Baba”. It was on the 20th of October, 1940. He put down His satchel and took to his Mission, ‘Transformation of Mankind’.
He wrote a letter on His Mission to His brother Sheshma Raju saying —
” I have a task: To foster all mankind and ensure for all of them lives full of bliss (Ananda). I have a bow: To lead all who stray away from the straight path again into goodness and save them. I am attached to a work that I love: To remove the suffering of the poor and grant them what they lack. I have my definition of devotion I expect : Those devoted to Me have to treat joy and grief, gain and loss, with equal fortitude. This means that I will never give up those who attached themselves to Me”.
The word SAI of three letters has great significance.”S” stands for Service (‘nishkam karma’, work), ‘A’ stands for ADORATION (‘bhakti’ worship) and ‘I’ for Illumination’ (‘gyan’, wisdom) leading to Liberation. SAI also stands for Transformation at Spiritul, Association and individual levels.
Although Bhagwan Sri Sathya Sai Baba is omnipresent and resides in the hearts of us all yet His Abode at Prasanthi Nilayam (eternal-peace-conferring – place) is replete with spiritual fervor and Divine Grace in immense measure.
Sri Sathya Sai Organization founded in 1965 has three Wings, namely, Service Wing, Spiritual Wing and Education Wing. His Divine Mission and Message are widely spread all over the world. There are around 180 countries in which Sai Samithis work putting heart and soul in service of society. His plays have been amazing. Five elements of nature obeyed Him meticulously. He created Sivalingams wihin His body and ejected from His mouth on the auspicious day of Mahashivarathri. He cures fatal maladies, gives sights to blinds, makes lame to walk. He responds to calls of thousands of His devotees and reaches them at any one time to extricate them from perilous situations. Swami says ”Love is My Form, Truth is my Breath, Bliss is My Food”. His devotees carry unflinching faith and love for their Beloved Bhagwan and feel themselves in His refuge. They affectionately call Him Swami and ‘Sai Maa’ also and leave everything in Mother Sai’s care. His message of manifestation of inherent human values, namely, Sathya (Truth), Dharma (Righteousness), Shanti (Peace), Prema (Love) and Ahimsa (Non-violence) is fast bringng transformation all over the world paving way for the Golden-age that has already set in.
Swami says “Love All Serve All”. ”Help Ever Hurt Never”. ”Atma glows when ego goes”. “Promote the Religion of Love”. “Promote Morality”. ABC of life is “Always Be Careful”. “Always Be Cheerful”. “Always Be Compassionate”. “Avoid Bad Company”. “Education without wisdom and wisdom without humility are husks without grain”.
In His commandments, Swami lays stress on Patriotism, respect for all religions, brotherhood of man, cleanliness of surroundings, discourage begging but provide livelihood for the needy, not to have difference of any caste, creed or religion, not to give or take bribes, self dependence, fear of sin, love for God and to honor the law of the land. Swami has Army of devotees who work as Seva Dal and perform various duties in the Ashram and all over the world whenever and whenever necessary, with LOVE.
Bhagwani Sri Sathya Sai Baba dropped His moral coils on 24th of April, 2011. Sai Kulwant Hall where His body has been laid to rest is found full of His Divine presence by His devotees.