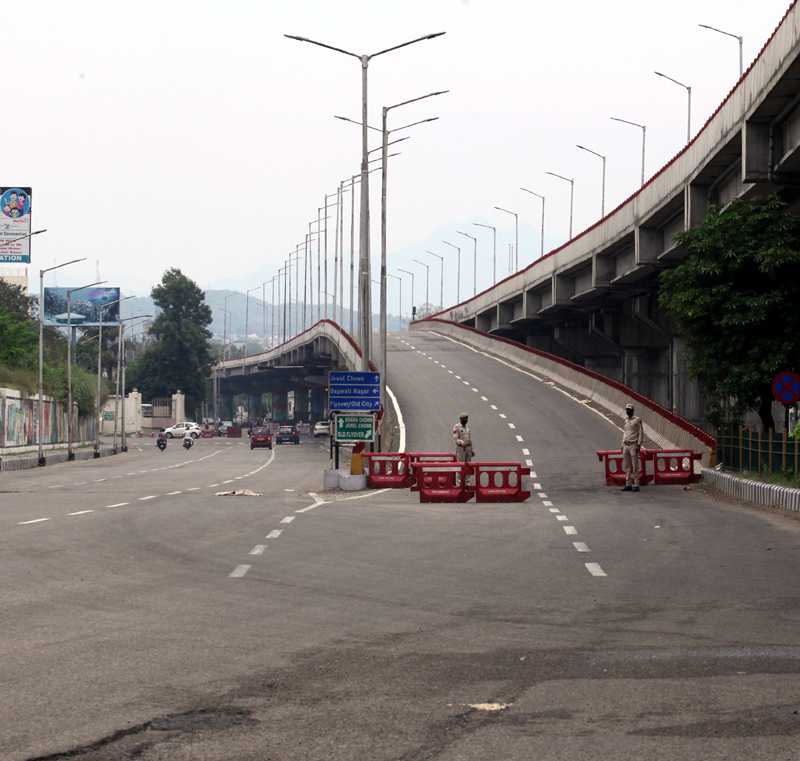 Hotels, Malls, Cinema Halls to remain shut, ban on gatherings to stay
Industrial activities to resume in Estates
Private construction allowed in some areas
Curbs on movement from 7 pm – 7 am

Sanjeev Pargal
JAMMU, May 19: Extending lockdown 4.0 till May 31 on the lines of the Central Government, the Jammu and Kashmir Government today permitted resumption of many activities including opening of shops, private offices, limited vehicular movement in Orange and Green Zones and private hospitals, clinics, nursing homes, liquor shops and restaurants for home delivery, banks and financial services etc in the entire Union Territory from tomorrow.
However, air travel (except medical emergencies and security purposes), trains, inter-State, inter-district and intra-district buses for public transport and private vehicles except those permitted, schools, colleges, Universities, hotels, restaurants, cinema halls, shopping malls, religious places and movement of individuals for all non-essential activities between 7 pm to 7 am will remain prohibited in entire Jammu and Kashmir.
Guidelines for lockdown 4.0 from May 20-31 were released this evening by Chief Secretary BVR Subrahmanyam, who also happens to be the Chairperson, State Executive Committee.
Prior to issuance of guidelines, the UT Government revised list of Red, Orange and Green Zone districts of J&K.