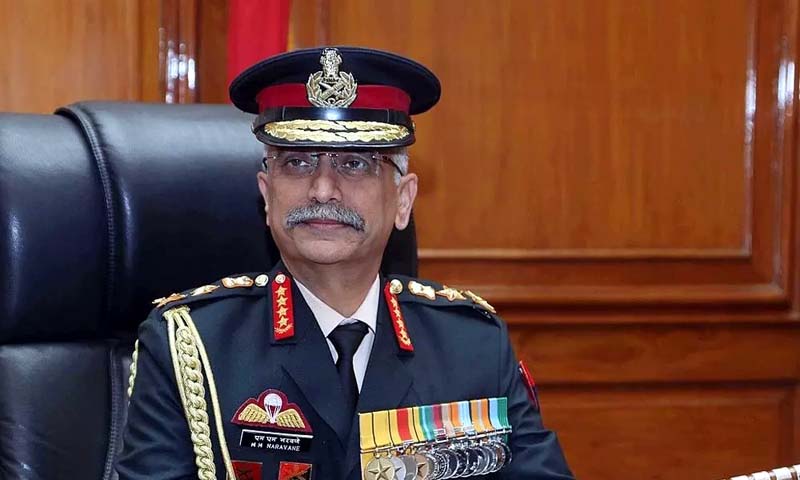 NEW DELHI, Mar 25:
The Line of Control in Jammu and Kashmir has been silent for the first time in around five to six years as not a single shot was fired in March, Army chief Gen M M Naravane said today referring to the recent commitment by Indian and Pakistani militaries to observe ceasefire in the region.
The Army chief, however, said the terror infrastructure including terrorist launch-pads on the Pakistani side remained intact, asserting that it cannot be business as usual unless the neighbouring country stops supporting terrorism.
Speaking at the India Economic Conclave, Gen Naravane said he was optimistic that the ceasefire will hold as the Pakistan Army was on board.
“I am glad to inform that in the whole month of March, we have not had a single shot fired at the Line of Control (LoC) barring an odd incident. It is for the first time in about five or six years that the LoC has been silent. That really bodes well for the future,” he said.
Last month, the Indian and Pakistani armies recommitted themselves to the 2003 ceasefire agreement on the Line of Control (LoC) in Jammu and Kashmir. The return to the ceasefire was agreed upon by the Director Generals of military operations of the two countries.
“Our core issue is that they have to stop support to terrorism. Unless they stop that it cannot be business as usual,” Gen Naravane said at the conclave organised by Times Network.
Asked what could have prompted Pakistan to suddenly agree to the ceasefire, Gen Naravane said the duels between the two sides had not resulted any forward movement and that Islamabad has its own internal problems.
“I feel that they have their own problems internally and from time-to-time, you have to also see whether a strategy that you are following is actually paying any dividend,” he said.
“Over so many years, they would have also realised that it is time to make a change and that would have prompted them to extend this olive branch,” he added.
To a question, the Army chief said he was optimistic that the ceasefire will hold and even made an apparent reference to recent comments by Pakistan Army chief General Qamar Javed Bajwa.
“I would say we are very optimistic especially with the comments which have been made recently and the very important point is that the agreement is between the DGMOs of both the sides,” Gen Naravane said.
“So obviously the Pakistan army is on board and if the Pakistan army is on board then there is every reason to be quite optimistic of the outcome,” he said.
On India-Pakistan ties, Bajwa recently said it is “time to bury the past”.
Gen Naranave also talked about terror infrastructure on the Pakistani side, saying India has intelligence inputs about them.
“The terror infrastructure and launch pads remain in place. We have detailed intelligence of each of those camps, locations and likely strength of terrorists awaiting and who have undergone training and are present there, perhaps waiting for an opportunity to cross over,” he said.
Asked whether Pakistan agreed to the ceasefire under compulsion, the Army chief said, “Yes, that’s quite possible.”
“We will have to wait and see. Once the snow melts and passes open, if the situation still remains normal then there is a good prognosis for the future, we have to wait and see,” he said.
When pressed further to explain the possible compulsions of Pakistan, Gen Naravane mentioned the situation in Pakistan’s border with Afghanistan as well as pressure on that country to comply with recommendations of the anti-terror watchdog Financial Action Task Force (FATF).
“One is of course the situation on their western border with Afghanistan. Things are not very rosy there as far as they are concerned,” he said.
“The second is the threat of the FATF which hangs over their head. They are still in the grey list. Probably they would like to show that they are making some efforts to not support terrorism and third of course is their domestic compulsions,” he said. (PTI)