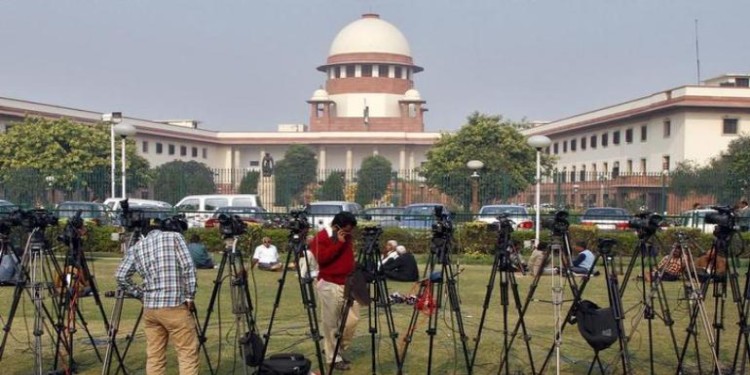 In a major development which could be termed as innovative and loaded with transparency in the highest traditions of the country’s judicial system, the live streaming of the hearings in the Supreme Court by the Constitution Bench have started for the first time in the country. This development regarding exercising by the citizens the part of the right to justice under Article 21 of the constitution, is really a landmark one available through the TV Channels and the You Tube. From now onwards , millions of people can view such proceedings (all constitutional Bench hearings) in the Supreme Court.
In a first, the three constitution Benches hearing different cases/ issues were, as per reports, viewed by nearly a million viewers across the country even though awareness about it was not thoroughly made. It may be recalled that in September 2018, the apex court had declared live telecast of court proceedings as part of the right to access justice under Article 21. Why not to have, therefore, a separate TV Channel exclusively for the Supreme Court just like in the case of the LokSabha and the RajyaSabha, is both a curiosity as well as the requirement looking to the extreme levels of importance accorded to the Supreme Court in our judicial system? However, it is also a fact that what the litigants want earnestly is disposal of long pending court cases in the country.