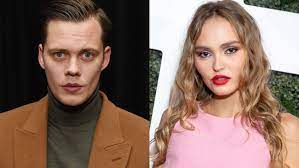 Los Angeles, Oct 1: Actors Bill Skarsgard and Lily-Rose Depp are in negotiations to star in filmmaker Robert Eggers’ new take on classic film “Nosferatu”.
The film is being adapted from German director F. W. Murnau’s 1922 silent horror film that was loosely based on Bram Stoker’s “Dracula”, as per entertainment news portal The Hollywood Reporter.
It is touted as a Gothic tale of obsession between a haunted young woman in 19th century Germany and the ancient Transylvanian vampire (Skarsgard) who stalks her, bringing untold horror with him.
Jeff Robinov, who originally developed Eggers’ remake under his Studio 8 banner, will produce along with John Graham, Eggers, Chris Columbus and Eleanor Columbus.
Eggers is best known for critically-acclaimed movies such as “The Witch”, “The Lighthouse” and most recently “The Northman”.
His version of “Nosferatu” was first announced in 2015, just after the premiere of “The Witch” at Sundance Film Festival. (PTI)