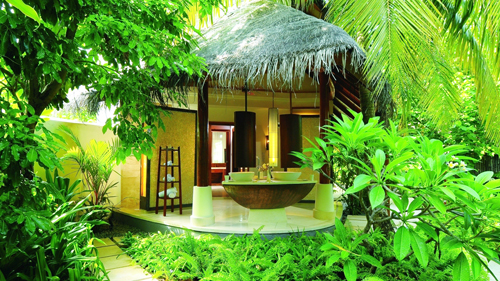 Dr Tej K Munshi
The latest research suggests that living closer to nature is better for your health and may even extend your lifespan. Sometime back a handful of Japanese researchers set out to discover whether something special happens when people spend time in nature. The Forest Agency of Japan had recommended people to take strolls in the woods for better health.
This practice was called ‘ forest bathing ’ which is found to be soothing and healing and believed to lower stress. Since then a large body of evidence has shown that spending time in nature is responsible for many measurable beneficial changes in the body. In one study, Yoshifumi Miyazaki, a forest therapy expert and researcher at Chiba University in Japan, found that people who spend 40 minutes walking in a cedar forest had lower levels of the stress hormone cortisone, which is involved in blood pressure and immune system function, compared with when they spent 40 minutes walking in a lab. Surprising that spending time in the forest induces a state of physiologic relaxation. Another researcher, Dr. Qing Li, a Prof. at the Nippon Medical School in Tokyo, found that trees and plants emit aromatic compounds called phytoncides that, when inhaled, can spar healthy biological changes in a manner similar to aromatherapy for its therapeutic benefits. In his studies Li has shown that when people walk through or stay overnight in forests, they often exhibit changes in the blood that are associated with protection against cancer, better immunity and lower blood pressure. Recent studies have also linked nature to health issues like heart disease, depression, cancer, anxiety and attention disorder. “ The quiet atmosphere, beautiful scenery, good smells and fresh, clean air in forests — all contribute to the effects “, says Li.
Lower blood pressure : A June,’16 study found that nearly 10 % of people with high blood pressure could get their hippertension under control if they spend just 30 minutes or more in a park each week. The fresh air could be one factor, since air pollution has been linked to a higher risk of heart attacks. “Nature is undemanding “, says the researcher Shanahan, at Queensland ‘Varsity, Australia. “ It requires effortless attention to look at the leaves of a tree, unlike the constant emails at work or the chores at home.” Trees natural fragrance may also play a role, as phytoncides lower bp appreciably.
Awesome inspiration : Looking at a stunning waterfall or undulating countryside can inspire feelings of awe that bring a number of health benefits. In a 2015 study, researcher Paul Piff of the California University, found that people who spent 60 seconds looking up at towering trees were more likely to report awe, after which they were likely to help a stranger than people who looked at a lesser inspiring tall building. Expressing of awe attunes people to things larger than themselves. They cause people to feel less entitled, less selfish and to behave in more generous and happy ways. A real study of 44 cities found that urban areas with more parks serve as a measure of community well-being. That is simply because parks give people with opportunities to socialize and be active with neighbors, which could improve health and a purposeful life.
Promotes cancer-fighting cells : A recent study published by the Journal of Environmental Health, reported that women living in areas with a lot of vegetation had a 12 percent lower risk of death from all causes compared to the people in the least green places. Li’s research at Nippon Med. Center, shows that when people walk through a forest, they inhale phytoncides that increase the number of natural killer cells — a type of white blood cells that support the immune system and is associated with a lower risk of cancer. In a 2010 study, researchers found that people who took long walks through forests increased their NK cells that play a role in inflammation, heart disease and diabetes.
Depression and anxiety : Urban dwellers are more likely to have anxiety and mood disorders than people who live in rural areas. A study conducted by the National Academy of Sciences, revealed that people who walked for 90 minutes in a natural setting — a forest or a nature park — were less likely to ruminate — a hallmark of depression and anxiety — than people who walked in urban area. A short blast of nature exposure blasts people’s moods go up. Possibly the air near running water, forests and mountains contains high level of negative ions which are thought to potentially reduce depression symptoms.
Help with ADHD symptoms : Studies in kids with attention deficit / hyperactivity have suggested that nature walks could be a potential natural treatment to improve attention. In one study Kuo and her team from Illinois university had kids with ADHD kids taken to three 20 minutes walks in different locations : a park, a neighborhood and an urban area. After testing, the researchers found that after a park walk, the kids were able to concentrate substantially better than after a walk in the other settings. In a separate study Kuo and her team found that children who regularly played out door had milder ADHD symptoms than children who played indoors. A Michigan University study found that people improve their short- term memory by 20 % after a nature walk but had no changes after walking through city streets.
Fake nature has benefits : There is plenty of evidence that you will get a range of benefits even if you can manage putting a plant in your room or looking at trees through your window at home, says Queensland ‘Varsity’s Shanahan. Research shows that even if they are artificial, the images, the sounds and smells of nature can have positive health effects. Several studies have shown that having a window view can improve attention, reduce stress and even help people in hospital heal up after operation.