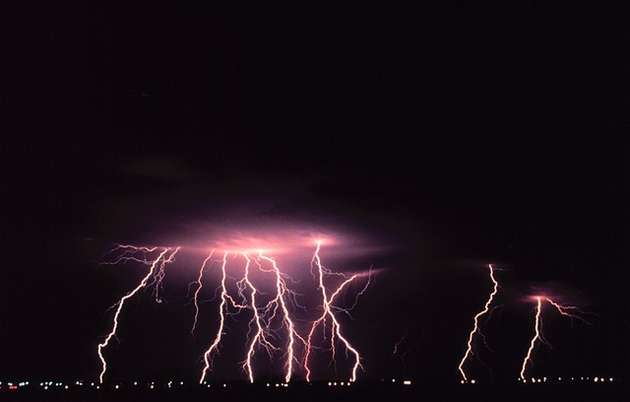 DHAKA : At least 81 people were killed by lightning strikes in Bangladesh in two days during the recent spell of thunderstorms, a rare high casualty in the country attributed to climate change by the authorities.
“Such a high casualty figure in lightning just in two days is rare not only in Bangladesh but also in the world,” disaster management minister Mofazzal Hossain Chowdhury Maya told a media briefing at his office.
“The intensity of lightning has increased in recent years due to climate change sparking a massive public fear,” he said.
Secretary of the ministry Shah Kamal said that the government included lightening in the list of natural disaster since August last year in view of its growing intensity claiming 81 lives on May 12 and 13 alone in 26 districts.
Most of the deaths occurred in rural parts of north and central Bangladesh.
According to official count, lightning killed 17 people last year.
Kamal said the Science and Technology Ministry was asked to carry out a research on the cause of the frequent lightning causing high number of deaths.
He said the lightning which generally accompanies massive rains and storm and usually continue for 30 to 45 minutes when the people could avoid risks of being exposed to the disaster by staying indoors in line with weather forecasts.
He distributed a one-page guideline suggesting lightning precautions that advised people to use robber-sole shoes, sit down in down headed posture if anyone is in open field, avoid shelter in tin-roofed sheds and take refuge under concrete roofed structure, stay away from rivers and water bodies, avoid metallic touches, avoid use of electronic gadgets.
Experts and meteorologists said they recorded increased frequency of lightning this year and identified high temperature to be a factor for the phenomenon. (AGENCIES)