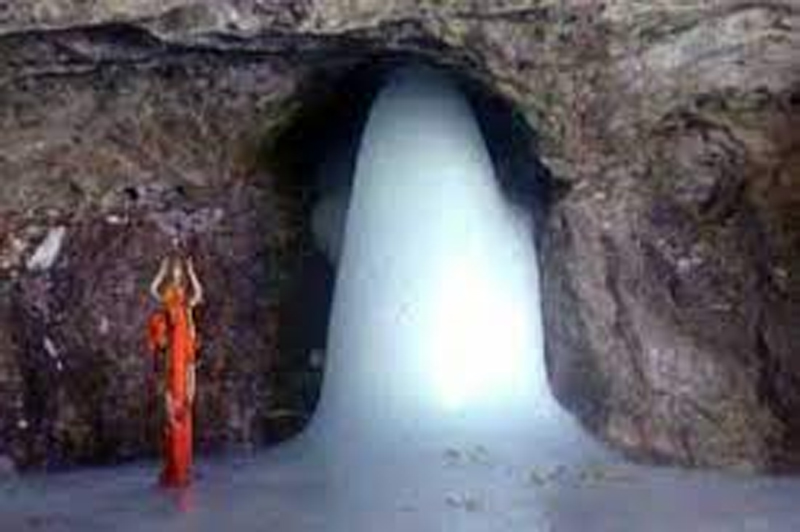 Top brass joins meet, briefs Sinha on arrangements
Steps to be taken for extended stay of pilgrims due to hostile weather

JAMMU, May 24: Lieutenant Governor Manoj Sinha today reviewed security situation, development works and Shri Amarnath Ji yatra arrangements in Jammu division at a high-level meeting here with civil and police officers including all 10 District Magistrates and SSPs of the districts.
Soon after his arrival here from Srinagar this afternoon, Sinha held the meeting with senior officers including Chief Secretary Dr Arun Kumar Mehta, Principal Secretary Home RK Goyal, Principal Secretary to Lieutenant Governor Nitishwar Kumar, Director General of Police (DGP) Dilbag Singh, Divisional Commissioner Ramesh Kumar, Additional DGP Jammu Mukesh Singh, three DIGs posted in Jammu division and all 10 Deputy Commissioners and SSPs of the districts of the region at the Jammu Convention Centre.
Official sources told the Excelsior that security scenario, ongoing development works and arrangements for upcoming annual pilgrimage of Shri Amarnath Ji, beginning June 30, were prime agenda while various others issues also figured in the meeting that lasted about three hours.
While law and order situation is absolutely under control, there have been slight concerns over security arrangements for Shri Amarnath yatris in view of April 22 encounter at Sunjuwan by two fidayeen after infiltration from the International Border and an Advisory about smuggling of weaponry through drones etc.
Though there was no official word on the meeting, the Lieutenant Governor is reported to have directed for making fool-proof security arrangements for the pilgrims in coordination with other security agencies along Jammu-Pathankot and Jammu-Srinagar National Highways, Yatri Niwas base camp, Railway Station, Airport and General Bus Stand besides other vulnerable areas.
He is also understood to have called for extending all other facilities to the pilgrims at the places of their stay and creation of maximum possible accommodation within Jammu and areas along National Highway of Jammu-Srinagar where the yatris can be stranded because of landslides during Monsoon.
Sinha is also reported to have issued series of instructions to ensure that the pilgrims don’t suffer any inconvenience especially in case of their extended stay in Jammu due to inclement weather on yatra tracks and National Highway.
Sources said ongoing development works in Jammu region were also reviewed during the meeting and the Lieutenant Governor is reported to have asked the District Development Commissioners to stick to the timelines of completion of works to avoid cost escalation.
Senior officers of civil and police administration gave detailed briefing to Manoj Sinha on security and development scenarios of Jammu division.
As per sources, both Central and Jammu and Kashmir Governments are concerned about security arrangements for Shri Amarnath Ji pilgrims and frequent security review meetings are being held in this regard.
Union Home Minister Amit Shah reviewed security situation and yatra arrangements in New Delhi on May 17 with top brass of Home Ministry, Jammu and Kashmir administration, heads of paramilitary forces and Central Intelligence agencies while Union Home Secretary Ajay Kumar Bhalla held similar review meeting in the capital on May 13. Prior to that, Lieutenant Governor Manoj Sinha chaired Unified Headquarters meeting in Srinagar for review of yatra security and militancy related situation in the Kashmir valley.
“The Central Government as well as Jammu and Kashmir Government are concerned over yatra arrangements. They want fool-proof security arrangements to be in place for the pilgrimage,” they added.
The Union Ministry of Home Affairs, it may be mentioned, has already agreed to provide 350 additional companies of paramilitary forces to Jammu and Kashmir for yatra security. The companies have started reaching the Union Territory and all kind of security arrangements for the yatris will be in place before June 20 i.e. 10 days ahead of start of the pilgrimage.
This year annual yatra to Shri Amarnath Ji shrine in South Kashmir Himalayas will be held from June 30 to August 11.