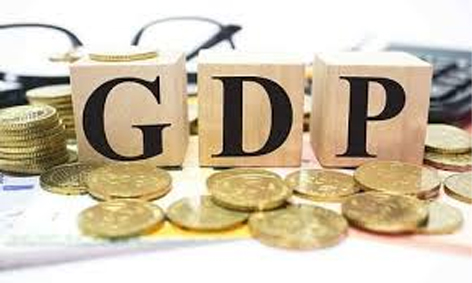 Bharat Jhunjhunwala
The forecasts for GDP growth in the present year range from (+) 1.2 percent to (-) 11 percent. The United Nations has forecast (+) 1.2 percent growth; Bloomberg has forecast (-) 0.4 percent decline; Fitch, Standard and Poor and ICRA have forecast (-) 5 percent decline; Former Finance Secretary Subhash Chandra Garg has forecast (-) 10 percent decline; SBI has forecast (-) 40 percent decline in first quarter which, assuming full recovery in the latter three quarters, comes to (-) 10 percent decline on annual basis, lastly global management consultancy Arthur D. Little has forecast (-) 11 percent decline. I think all these are underestimates.
Let us look at the underlying indicators. The GST collections were Rs 105k crores in February 2020, 66k crores in March, 30k crores in April and are expected to be 60k crores in May—a reduction of 36, 71 and 43 percent respectively in the last three months. It appears that the trend is continuing in June. The numbers of e-way bills generated in May were 2.54 crore that led to GST collection of Rs 60k crores. The numbers of e-way bills generated between 1-10 June were 87 lakh. On pro-rata basis, the number of e-way bills for whole month of June may be 2.61 crore numbers and GST collections may be Rs 62k crores. That is still 41 percent down from the “normal” of Rs 105k crore in February 2020. Let us take a positive view and assume that the economy bounces back half-way to “normal” in July and 100 percent normal in August to March. The month-wise decline accordingly would be (-) 71, (-) 43, (-) 41 and (-) 20 percent in April, May, June and July 2020; or (-) 14.6 percent on annual basis. The trend in GST collections are, I think, a good indicator of the trend in GDP. Hence we may expect a decline in GDP of (-) 14.6 percent in 2020-21.
As per information available on the website of Central Electricity Authority, the electricity generation was (-) 30 percent of programmed generation in April 2020 and (-) 23 percent in May. Let us assume (-) 15 percent in June and (-) 10 percent in July. The annual decline would then be 6.5 percent. Now, a 30 percent decline in electricity generation in April led to a 71 percent decline in GST and GDP. Thus, a 6.5 percent decline in electricity generation may lead to a decline of (-) 15.4 percent on annual basis.
The numbers of urban workers in the country was 13.7 crore in 2012 as per information provided by National Sample Survey Organization. The numbers of urban workers would be 14.8 crore in 2020. Of these about 75 lakh have already returned to their home towns according to the Government. The return is continuing at the time of writing. Let us assume about 1 crore return to their home towns. They would constitute about 6.7 percent of the urban work force. There is little possibility of these returning to the work areas before August given the continuous rise in the Covid cases. Many industries in the host states may slow down because lack of workers. On the other hand, some may adjust by recruiting local labour at higher wages or by substituting labour by machines. I reckon a reduction of 10 percent in urban GDP due to unavailability of workers. The urban areas contribute 82 percent of our GDP. A 10 percent reduction in urban GDP will lead to a reduction of 8.2 percent in our national GDP. Therefore, a decline in GDP of (-) 14.6, (-) 15.4 and (-) 8.2 percent is likely to take place in 2020-21 on the basis of GST, electricity generation and migration of workers. The average of these three figures suggests a decline in GDP of (-) 12.7 percent.
This too is an underestimate. Our growth rate was 10 percent in 2017 and it has declined to 8 percent in 2018 and 5 percent in 2019 and 4 percent in 2020. Therefore, the chance of GDP growth entering the positive territory beginning August are slim.
My estimate is that we will see a decline of about (-) 15 percent as things stand today. The decline will be steeper if we get a second wave of Covid infections. We will be further hard pressed because of the seeping tension on our borders with China, rise of protectionism in the industrial countries and reduction of remittances from expatriates.
The Government is unfortunately engaged in business-as-usual. It is borrowing to meet its expenditures-as-usual and to provide a stimulus package on the assumption that revenues will bounce back up and enable it to service the interest burden on this increased debt. That is not happening. The economy will sink further as the receipts from GST decline and interest burden on the increased borrowings increase.
The Government is working with the idea that everything is normal with the economy—the problem has only arisen because of the Covid Pandemic. That is incorrect. Our economy is facing structural problems that have led to the decline in growth rate from 2017 to 2020. Covid has only brought these to the fore. In my assessment these structural problems are the decline of Medium, Small and Micro Enterprises due to demonetization, GST and now Covid; lack of social cohesion due to the Citizenship Amendment Act which is preventing inward foreign investment; and pervasive corruption at the ground level including the judiciary. Rating agencies are hollering for more reforms such as lowering of corporate tax rates, reduction of import duties and opening the few remaining areas for foreign investment. But we have seen that the growth rate has been declining despite progress, even if small, in these areas. Therefore these are not the problems.
The Government is assuming the (-) 5 percent decline in GDP predicted by a number of rating agencies; continuing to borrow and moving to push the economy deeper into the pit. An alternative would be plan for a (-) 15 percent decline in GDP, take people into confidence and impose a hefty import duty on fuel oil. That will impose this burden mainly on those who travel more or those who buy goods transported from other states. The common man will be spared. The import duties will provide the much needed revenues and the Government would not have to borrow and pay interest thereon. That will bring some cheer to the economy.
(The author formerly Professor of Economics at IIM Bengaluru)
feedbackexcelsior@gmail.com

Why Muslims neglect the Uighurs

Why hold back scraping of SRO 202?