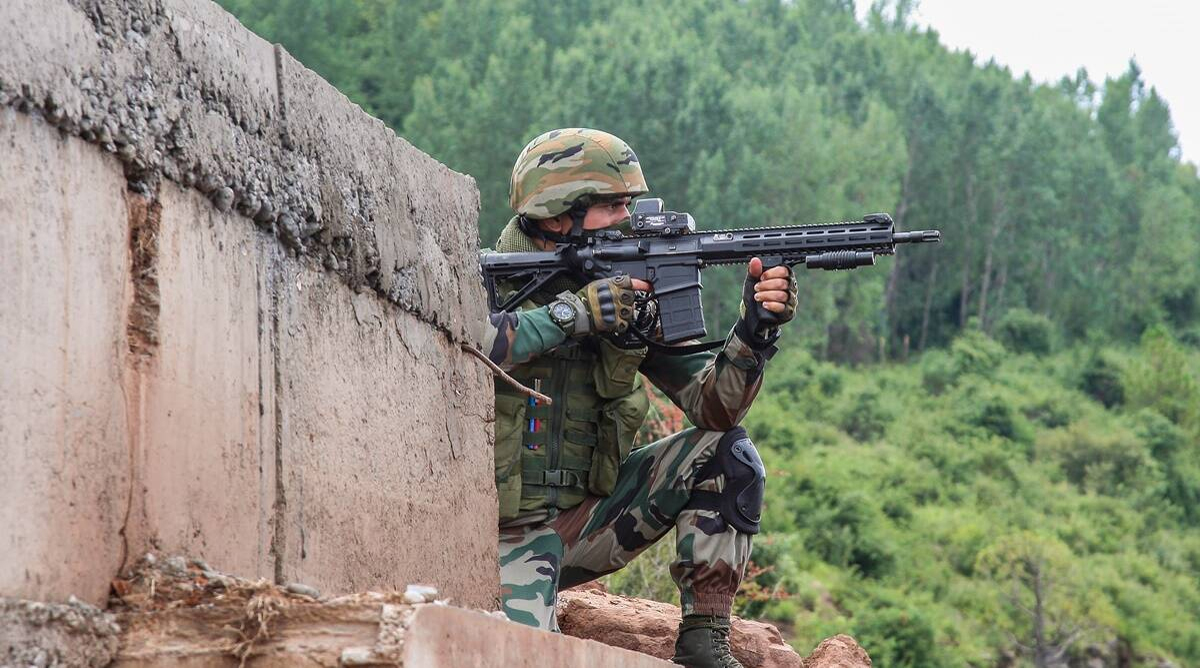 Excelsior Correspondent
Srinagar, July 22: A Lashkar-e-Toiba (LeT) commander and his associate have been trapped by security forces in Warpora of Sopore in North Kashmir’s Baramulla district today.
A joint team of Police, Army’s 22RR and CRPF launched a cordon and search operation in Warpora after specific input about presence of two militants in the village.
As the security forces approached towards the suspected spot, the hiding militants fired upon the security forces, triggering a gunfight.
The exchange of firing between militants and security forces was on. The trapped militants were offered to surrender. However, they refused to lay down the arms.
An official said that a LeT commander Fayaz Ahmad War of Warpora who was operating in North Kashmir is trapped inside along with a Pakistani militant.