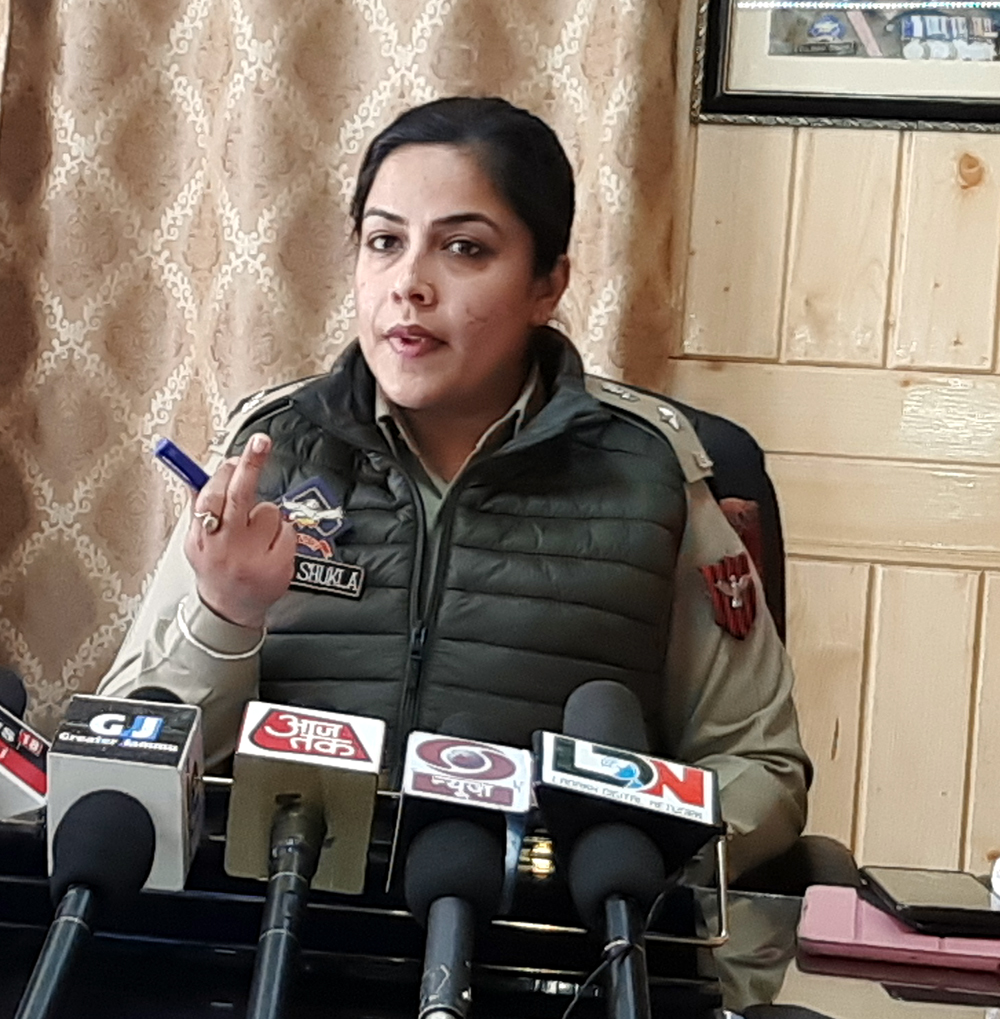 Excelsior Correspondent
LEH, Apr 22: Leh police today claimed to have solved a murder case with arrest of all the accused and seizure of weapon of offence.
Addressing a press conference here today, SSP Leh, Sargun Shukla told media persons that on the intervening night of April 20 and 21, an altercation took place between two groups of the youths inside a restaurant. She said later two groups again engaged in a scuffle in main market where three youths of a group received stabbed injuries.
“The injured youths were taken to SNM Hospital for treatment, where one of them namely Thinles Nurbu son of Nawang Lotus, resident of Kharnakling succumbed to his injuries,” the officer said. She said after registering a case FIR No 34 under Sections 302, 307, 324, 506, 34 RPC in this connection at police station Leh, police parties raided different locations and succeeded in arresting all the accused from different locations.
Click here to watch video
The SSP told media persons that all the accused are below 25 years of age and were reportedly under alcohol influence when they committed crime. Responding to a query, the SSP said that police will also investigate whether the particular restaurant where incident occurred was allowed to open till late hours and accordingly take actions.
She further told that the sharp weapon that was used to stab the deceased has been recovered from main accused’s home.
Meanwhile, all religious organizations in Leh led by Ladakh Buddhist Association with the support of Merchant Association Leh and CRO called for Leh bandh on Tuesday to condemn the killing of youth in the brawl.